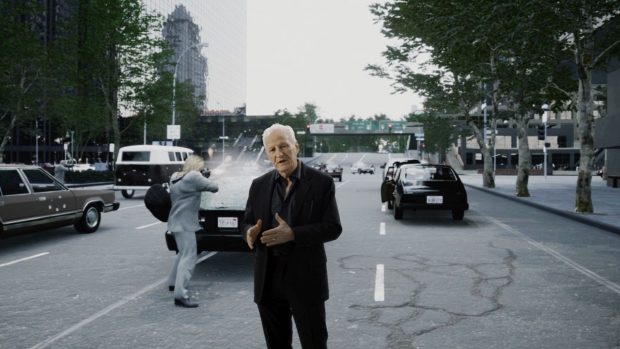 CBS VFX has shared some of its work on Oscar-nominated and Emmy Award-winning filmmaker Ava DuVernay’s new documentary series, One Perfect Shot, which looks deep inside a hand-picked set of memorable shots from film history.

Now streaming on HBO Max, the series provides a never-before-possible perspective on filmmaking, allowing directors to step into their favorite shots and take viewers on 360º views of their visions. DuVernay and her production company, ARRAY Filmworks, worked with CBS VFX to produce the unique visuals breaking down the shots.

Created for TV by DuVernay and inspired by a popular Twitter account of the same name, each episode arms one well-known director with a set of visual tools to pull back the curtain on their most iconic shots. Filmmakers share their obstacles, challenges, lessons, and triumphs as they detail the road to their “one perfect shot.” “Parallax, Unreal and Stype camera tracking, along with additional technology our team has created, brought Ava DuVernay’s incredible vision to the screen,” CBS VFX Executive Creative Director Craig Weiss explains. “To deconstruct two-dimensional images that every movie lover knows intimately, we created digital, volumetric virtual sets in which filmmakers could wander freely to explain their creative decisions. Rendering the work in real time allowed guest directors the opportunity to see the results while they were on the set. For CBS VFX, this has been a creative challenge unlike any other.”

“We crafted detailed environments to match the ‘One Perfect Shot’ frame from each film chosen for the six-episode series,” he continues. “These environments were rendered in real-time with Unreal Engine to allow the director to have an immersive experience while telling their stories.” Weiss also notes that using a real-time rendering versus traditional linear pipeline of V-Ray and Arnold, they were able to provide real-time compositing that allowed immediate, on-set shot viewing. However, he adds, it was challenging using one asset that ran in real time for the on-set experience, as well as using real-time ray tracing in post, “all within a 2-3 week turnaround per episode!”

CBS VFX has produced visual effects for series including Apple TV’s upcoming Roar, The Offer for Paramount +, This Is Us for NBC, Netflix’s Dead to Me, and Big Shot for Disney+.