CBeebies on Board for Animated Series ‘Dog Loves Books’

CBeebies signs on as the primary broadcaster for animated series from Komixx Media Group based on the award-winning books by Louise Yates. 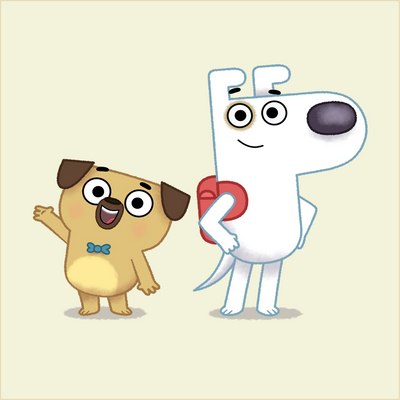 LONDON -- Komixx Media Group, UK based independent media producer and rights owner announced that CBeebies have come on board as the primary broadcaster for Dog Loves Books, an animated series based on the award-winning books by Louise Yates.

Dog Loves Books tells the story of bookshop owner Dog and his best friend Pug. Whenever Dog or Pug have a problem or a question, they look for the answer in one of their beloved books. The fun really begins when Dog opens the book and he and Pug are swept away into a world of adventure and imagination where anything is possible. The series is aimed at 4-6 year olds.

Dog Loves Books has been developed by Komixx’s Head of Development, Melanie Halsall and award-winning screenwriter Alan Gilbey, who will be the head writer on the series.

Jackie Edwards, Executive Producer, CBeebies, commented, “We are delighted to commit to Dog Loves Books, it presents a brilliant opportunity to introduce our audience to literature, we love the way the format quite literally brings books alive in the exciting and exhilarating adventures of Dog and Pug.”

“We are thrilled to have the opportunity to take such a lovable picture book and turn it into an exciting adventure series for Cbeebies. The books have been a huge success and we are confident that the series will follow the same pattern,” said Andrew Cole-Bulgin, Joint CEO and Head of Film & Television, Komixx Media Group.

Komixx has a strong track record in selecting and developing IP for the children’s and young adult markets. Dog Loves Books will add to the raft of award-winning content Komixx is currently developing which includes Phillip Kerr’s The Winter Horses; teen novel The Kissing Booth, thriller series ITCH and the Emma Pass Novels The Fearless and Acid.