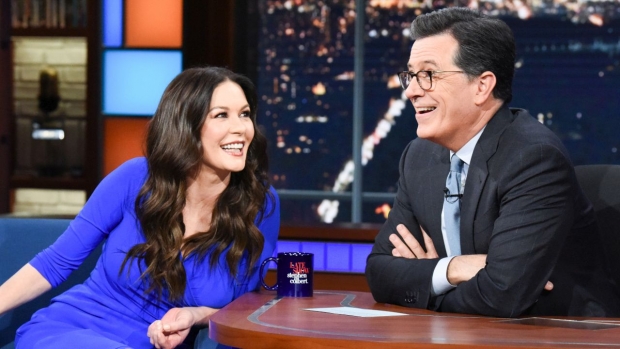 Yes, yes, yes! Somebody give Sophie Holland and John Papsidera an award, because this casting duo is on fire! Catherine Zeta-Jones (Chicago, The Mask of Zorro) will play Morticia Addams in the upcoming ooky-spooky Netflix series Wednesday. This announcement comes on the pinstriped coat-tails of Luis Guzmán’s reveal as Gomez Addams: this iconic couple can’t be kept apart for long.

The eight-episode project, based on the iconic The Addams Family daughter, is a sleuthing, supernaturally infused mystery charting Wednesday Addams’ years as a student at Nevermore Academy. In the series, Wednesday attempts to master her emerging psychic ability, thwart a monstrous killing spree that has terrorized the local town, and solve the supernatural mystery that embroiled her parents 25 years ago — all while navigating her new and very tangled relationships at Nevermore.

Who will be revealed next? Pugsley? Or maybe, if we’re lucky, Cousin It?