Streamer drops a sneak peek of their upcoming animated mini-series, a tongue-in-cheek look at the iconic DC super hero’s first days on the job, premiering October 14. 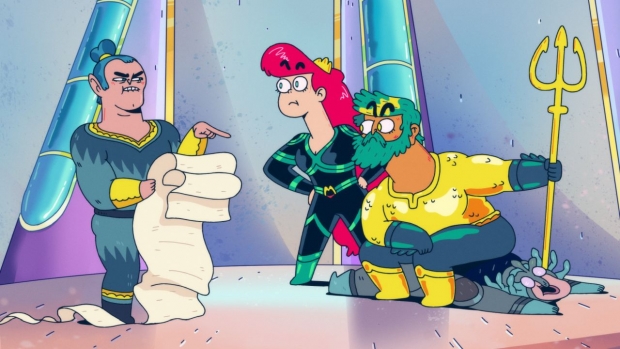 In the premiere episode, on his first day as king of Atlantis, Aquaman must prove he’s the right man for the job. Luckily, Vulko is ready with just the right mission: investigating a distant outpost that no one has heard from in years! With Mera by his side, Aquaman sets out to find the missing outpost, rescue the displaced citizens, and show everyone that he’s a good king! Then, maybe his half-brother, Ocean Master, will stop trying to overthrow him!

Watch the first four minutes of “Chapter One: Dead Sea”: