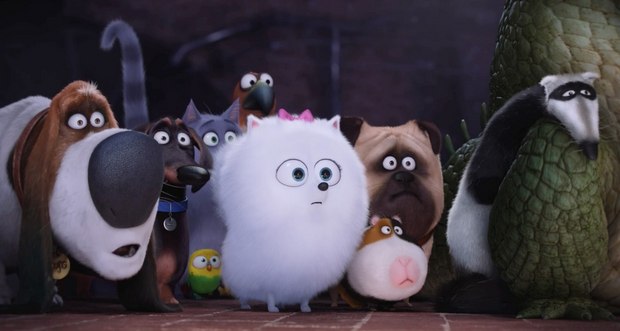 In celebration of National Pet Day on Monday, a new trailer for The Secret Life of Pets debuted on Late Night with Seth Meyers and has now made its way onto the web for viewing online.

The fifth fully-animated collaboration between Illumination Entertainment and Universal Pictures, The Secret Life of Pets is a comedy about the lives our pets lead after we leave for work or school each day.

While the earlier teasers and trailers gave us plenty of adorable animals but was light on plot points, this new, full-length trailer unveils more of the details. Check it out in the player below:

Taking place in a Manhattan apartment building, Max’s life as a favorite pet is turned upside down, when his owner brings home a sloppy mongrel named Duke. They have to put their quarrels behind when they find out that an adorable white bunny named Snowball is building an army of abandoned pets determined to take revenge on all happy-owned pets and their owners.