WarnerMedia’s all-new kids’ animation programming, including ‘Little Ellen,’ ‘The Not-Too-Late Show with Elmo,’ and ‘Bing,’ is coming to HBO Max and Cartoon Network next month. 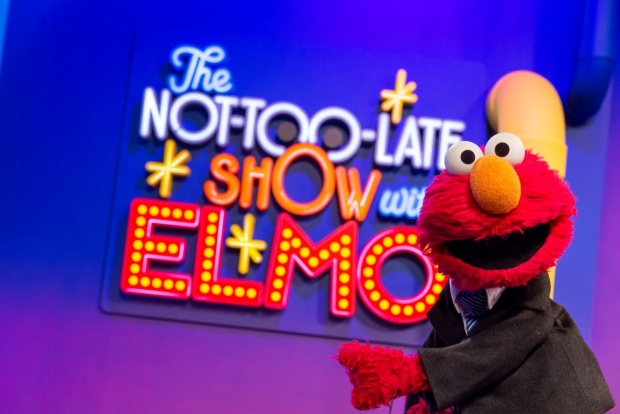 WarnerMedia Kids & Family has just announced that their new Cartoonito preschool block will launch Monday, Sept. 13 on HBO Max and Cartoon Network. Offering a modern approach to preschool programming with its proprietary educational framework, Humancentric Learning, the growing roster of new and library series will add to a slate that celebrates individuality and originality, while championing creativity, compassion and inclusion.

On HBO Max, Cartoonito programming will be presented as a dedicated page featuring a collection of new preschool shows including Little Ellen and the second season of the The Not-Too-Late Show with Elmo, along with Esme & Roy, Sesame Street and other well-known properties.

Cartoonito on Cartoon Network will be available Monday-Friday (6:00 a.m. to 2:00 p.m. ET/PT) and will include new series Bing, Mush-Mush & The Mushables and Thomas & Friends: All Engines Go. Preschoolers and families can also tune in Saturday-Sunday (6:00 a.m. to 8:00 a.m. ET/PT) for additional new Cartoonito shows including Lucas the Spider.

“Cartoonito’s offerings on HBO Max and Cartoon Network will reflect a wide array of diverse content that connects kids and their caregivers through relatable stories, lovable characters and meaningful social emotional learning both in and between the shows,” said Amy Friedman, Head of Kids & Family Programming, Warner Bros. “We are now in the homestretch and we can’t wait for our four hosts Nito, Glob, Wedge, and Itty to take preschoolers and their families into the expansive world of Cartoonito.” According to the studio, “Cartoonito strives to be a space where little ones are free to be themselves, let their creativity flourish and become caring community members. This fresh take on preschool programming is guided by Cartoonito’s proprietary Humancentric Learning framework developed in partnership with Educational Psychologist Dr. Laura Brown which aims to help children develop their unique potential and encourage them to treat others with compassion, respect, and fairness.“

To align with this learning philosophy, all Cartoonito shows will have a curriculum designed by an early childhood education expert crafted to underscore one of four pillars of Humancentric Learning: Creativity, Caring, Curiosity and Courage. Little Ellen models optimism and resilience to build courage; Lucas the Spider explores his world to encourage curiosity; and other shows will help preschoolers model strengths to become the best version of themselves and interact well with others.

“The preschool years are a crucial time for development as children begin to identify, manage and communicate their emotions, build a positive self-image, and begin to make friends,” said Dr. Brown. “This learning framework aims to support these important skillsets through fun, engaging and relevant storytelling that empowers kids to feel comfortable in their own skin, believe anything is possible, treat others with kindness, and stand up to unfairness.”

Cartoonito will also offer various resources to help parents and caregivers understand each show’s curriculum and extend the learning off screen. All shows will feature a visible learning badge - a short phrase and an icon that describes what Humancentric Learning goals the show teaches. The Cartoonito parent website will include additional information about the curriculum and supplemental learning activities children and adults can play together to reinforce the learning. Parents can also follow Cartoonito on Facebook, Twitter, Instagram and YouTube for all the latest news, sneak peeks and resources. The weekday Cartoonito lineup on Cartoon Network will also include library and fan favorites Baby Looney Tunes, Caillou and Pocoyo, with Care Bears: Unlock the Magic and Love Monster joining the weekend roster.