Animators and producers bypass cable red tape to create the next big cartoon series on YouTube. 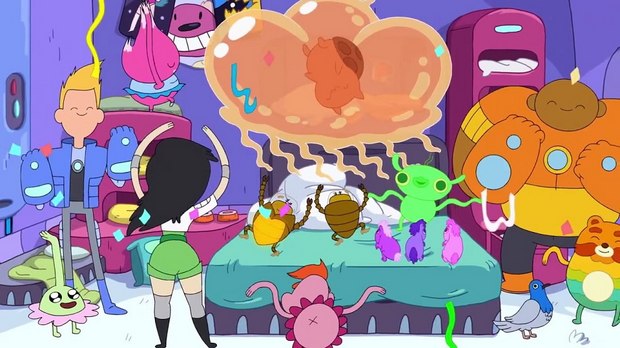 Digital media outlet Mashable examines the accelerated process of taking a cartoon from concept to production on YouTube in a new article spotlighting Fred Seibert and Frederator Studios, the independent animation studio he founded in 1997.

Seibert, 62, has a hand in producing some of the most successful cartoons of the last 20 years, including Dexter's Laboratory, Courage the Cowardly Dog, The Fairly OddParents and Adventure Time, but since 2012 he has had his sights set on YouTube, the home of Frederator’s Cartoon Hangover channel.

“I keep calling it the Woodstock of television,” Seibert tells Mashable. “It is the biggest audience of mass television viewing in the history of moving pictures.” With over 1 billion unique users watching over 6 billion hours of video each month, YouTube's reach is enormous. According to Neilsen, the site reaches more U.S. adults aged 18 to 34 than any cable network.

“Operating on a smaller scale with smaller risks, cartoonists can take a chance with more niche ideas and experiment with different styles,” Mashable’s Max Knoblauch writes. “The free-for-all nature of the site allows them to have their hands in everything, from designing and writing to storyboarding and animation.” The article also features Simon Tofield, creator of Simon's Cat, and Ed Skudder, creator of Dick Figures, as well as Natasha Allegri, creator of Bee and Puppycat. Head over to Mashable to read the full story.