Cartoon Saloon Unveils Trailer for ‘Song of the Sea’

Ireland’s Cartoon Saloon, the animation studio behind the Oscar-nominated ‘The Secret of Kells,’ releases a new trailer for the forthcoming ‘Song of the Sea.’ 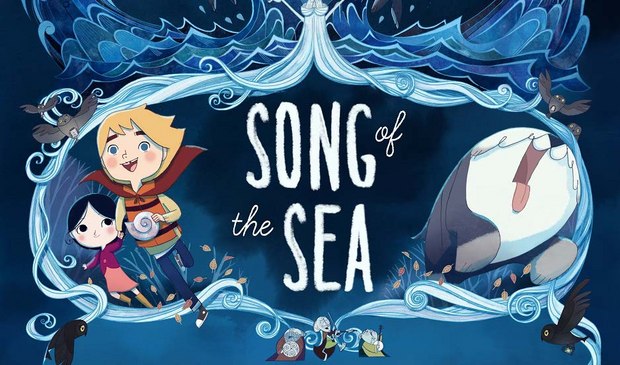 Ireland’s Cartoon Saloon, the animation studio behind the Oscar-nominated The Secret of Kells, has released a new trailer for the forthcoming Song of the Sea.

“Almost five years after we posted the initial concept trailer online I'm excited to share this small taste of the final film with audiences in anticipation of our release later this year, this film has been a labor of love for so many of our crew for the past few years, I think their passion and commitment can be seen even in this short clip,” says Cartoon Saloon’s Tomm Moore.

Song of the Sea tells the story of Ben and his little sister Saoirse -- the last Seal-child -- who embark on a fantastic journey across a fading world of ancient legend and magic in an attempt to return to their home by the sea. The film takes inspiration from the mythological Selkies of Irish folklore, who live as seals in the sea but become humans on land. Song of the Sea features the voices of Brendan Gleeson, Fionnula Flanagan, David Rawle, Lisa Hannigan, Pat Shortt, Jon Kenny, Lucy O'Connell, Liam Hourican and Kevin Swierszsz. Music is by composer Bruno Coulais and Irish band Kíla, both of whom previously collaborated on The Secret of Kells.

West End Films have signed as sales agents for this highly anticipated film which will be distributed in North America by GKIDS.

Cartoon Saloon has produced the “One Love” segment for The Prophet, a feature animation produced by Salma Hayek and directed by Roger Allers. Currently in development is a co-production with Aircraft Pictures to adapt the award winning novel “The Breadwinner” written by Deborah Ellis. The film will be directed by Nora Twomey from Cartoon Saloon, co-director of The Secret of Kells and director of the multiple award winning shorts From Darkness and Cúilín Dualach (Backwards Boy).