Cartoon Saloon’s ‘Song of the Sea’ to Premiere at TIFF 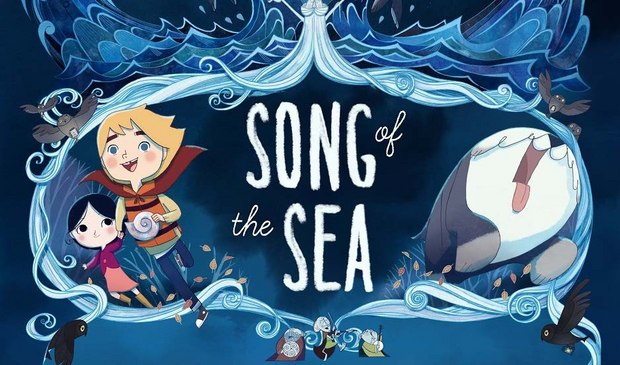 NEW YORK -- Animation distributor GKIDS has announced that three of its films will be presented at the 2014 Toronto International Film Festival (TIFF). Legendary writer/director and Studio Ghibli co-founder, Isao Takahata, will be appear in person when The Tale of the Princess Kaguya makes its North American premiere in the TIFF Masters section on Friday, September 5. From the award-winning animation studio, Cartoon Saloon, is Song of the Sea, the highly anticipated follow-up to its Academy Award-nominated The Secret of Kells. Director Tomm Moore will appear in person at the film’s world premiere in the TIFF Kids program on Saturday, September 6. Finally, The Kingdom of Dreams and Madness, a documentary about Studio Ghibli from director Mami Sunada, makes its North American premiere in the TIFF Docs section on Monday, September 8.

GKIDS will theatrically release The Tale of the Princess Kaguya on October 17, with Song of the Sea and The Kingdom of Dreams and Madness slated for later this year. Details and photos for each film and its presentation at TIFF are below.

SONG OF THE SEA – Directed by Tomm Moore

Song of the Sea tells the story of Ben and his little sister Saoirse – the last Seal-child – who embark on a fantastic journey across a fading world of ancient legend and magic in an attempt to return to their home by the sea. The film takes inspiration from the mythological Selkies of Irish folklore, who live as seals in the sea but become humans on land. Song of the Sea, directed by Tomm Moore (The Secret of Kells) features the voices of Brendan Gleeson, Fionnula Flanagan, David Rawle, Lisa Hannigan, Pat Shortt and Jon Kenny. Music is by composer Bruno Coulais and Irish band Kíla, both of whom previously collaborated on The Secret of Kells. International sales handled by West End Films.

Press & Industry Screening – Saturday, September 6th at 9:30am at Scotiabank 11

Legendary Studio Ghibli co-founder, Isao Takahata (Grave of the Fireflies, Pom Poko), revisits Japan’s most famous folktale in this gorgeous, hand-drawn masterwork, decades in the making. Found inside a shining stalk of bamboo by an old bamboo cutter (James Caan) and his wife (Mary Steenburgen), a tiny girl grows rapidly into an exquisite young lady (Chloë Grace Moretz). The mysterious young princess enthralls all who encounter her – but ultimately she must confront her fate, the punishment for her crime.

From Studio Ghibli, the studio that brought you Spirited Away, My Neighbor Totoro, and The Wind Rises, comes a powerful and sweeping epic that redefines the limits of animated storytelling and marks a triumphant highpoint within an extraordinary career in filmmaking for director Isao Takahata.

Press & Industry Screening – Thursday, September 4th at 9:45am at Scotiabank 1

THE KINGDOM OF DREAMS AND MADNESS – Directed by Mami Sunada

Granted near-unfettered access to the notoriously insular Studio Ghibli, director Mami Sunada follows the three men who are the lifeblood of Ghibli – the eminent director Hayao Miyazaki, the producer Toshio Suzuki, and the elusive and influential “other director” Isao Takahata – over the course of a year as the studio rushes to complete two films, Miyazaki’s The Wind Rises and Takahata’s The Tale of The Princess Kaguya. The result is a rare “fly on the wall” look at the inner workings of one of the world’s most celebrated animation studios, and an insight into the dreams, passion and singular dedication of these remarkable creators.