Cartoon Network Watch and Play has been featured in the “Best of 2013” selection of innovative kids apps by the App Store and iTunes. 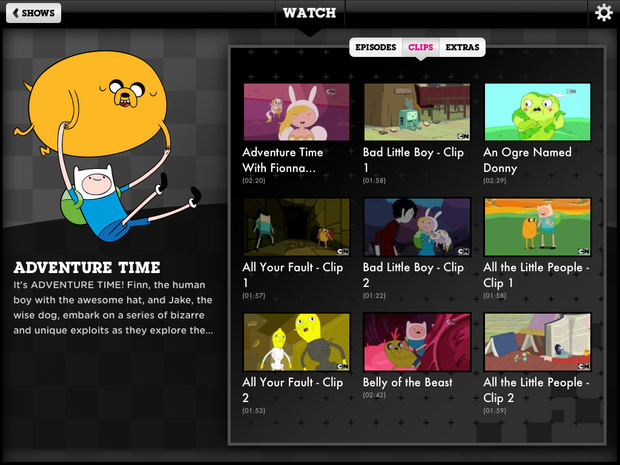 The App Store has featured Cartoon Network Watch and Play in its “Best of 2013” selection of innovative kids apps. The popular app was recognized in several Asia Pacific markets including Hong Kong, Indonesia, Singapore, Taiwan and Thailand. The selection celebrates the App Store’s most remarkable, innovative, and entertaining apps of last year.

Cartoon Network’s app launched in October across Southeast Asia Pacific markets allowing users to simultaneously watch video from their favorite animation TV series and play games. With a simple rotation of the iPad, kids can switch between the tasks – providing a completely new type of app functionality for this latest generation of multi-taskers.

In other Cartoon Network-Apple news, Adventure Time Season 5 has been selected as part of “Best of 2013” titles on iTunes Australia. Sitting alongside live-action blockbusters like Game of Thrones, Cartoon Network’s global comedy hit Adventure Time is the only kids or animated title to make the list.