Hit series’ We Bare Bears’ used in collaboration with innovative coding platform during Hour of Code. 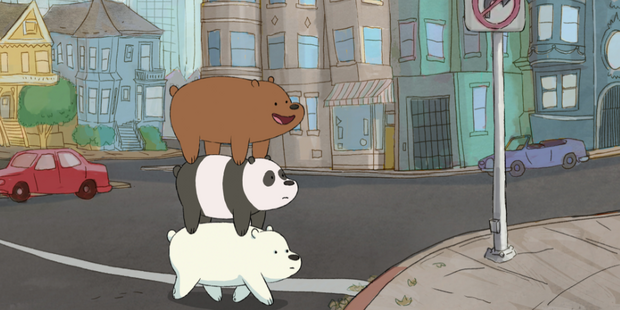 ATLANTA, GA. — Cartoon Network (CN) has launched a series of free coding tutorials for kids featuring characters, scenes and sounds from its popular show We Bare Bears. The We Bare Bears tutorials and sample projects are the result of a new collaboration between CN and Scratch, a coding platform and online community that encourages children to create and share interactive stories, games and animations.

CN collaborated with the Scratch team at the MIT Media Lab as part of its ongoing commitment to encouraging kids to learn more about science, technology, engineering, arts and math, also known as STEAM. Through the We Bare Bears tutorials, children learn to snap together Scratch’s graphical programming blocks to make characters move, jump, dance, talk and interact with one another. The tutorials encourage users to think critically and solve problems in order to bring the characters to life. The launch coincides with Hour of Code, a global movement to encourage young people around the world to spend an hour learning the basics of coding during Computer Science Education Week (December 7-13, 2015).

“Scratch’s technology enables kids to unleash their creative ideas and express themselves,” said Christina Miller, President and General Manager of Cartoon Network, Adult Swim and Boomerang. “By giving kids access to these beloved characters so that they can create their own stories, we can also encourage collaboration and help build important skills for their future.”

Scratch, a project of the Lifelong Kindergarten Group at the MIT Media Lab, is a free, easy-to-use programming language and online community that encourages kids to create and share their own interactive projects. The MIT Scratch Team designed the website as a space where kids can express themselves creatively through technology and collaborate with one another. Through the Scratch online community, kids can try out each other’s projects, give feedback and suggestions and even remix and build on one another’s projects.

“We see coding as a new form of literacy,” said Mitchel Resnick, LEGO Papert Professor of Learning Research at MIT and head of the Lifelong Kindergarten Group. “Coding is not just a set of technical skills but a new type of personal expression that is valuable for everyone, much like writing.”

The three tutorials and three sample projects are available to kids everywhere. The tutorials can be accessed on any laptop or desktop computer. CN and Scratch also created facilitator guides for educators and afterschool providers that want to use the tutorials to introduce their students to basic coding.

Created by Annie Award-winner Daniel Chong (Toy Story of Terror!), We Bare Bears is produced by Cartoon Network Studios and centers on three brothers trying to fit in and make friends, which can be kind of hard to do when you’re a bear. Grizzly (Eric Edelstein), Panda (Bobby Moynihan) and Ice Bear (Demetri Martin) are fairly savvy about the modern world. They’re masters of the selfie, fans of the food truck, and chasers of Internet fame. Yet, they have a lot to learn about the trendy residents that surround their humble Bay Area cave. Grizzly, the oldest bear, will lead his younger brothers, Panda and Ice Bear, with endless optimism that will only result in disaster, some of the time. The Bears’ favorite way to get around town is by #bearstack, where Grizzly stands atop Panda who stands atop Ice Bear who walks them wherever they want to go.