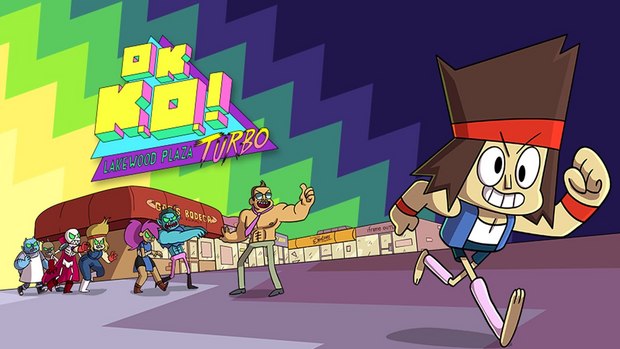 BURBANK, CA -- Cartoon Network has invited college undergraduates from across the country to create an original 15-second animation short based on the immersive world of O.K. KO! Let’s Be Heroes at the studio’s first-ever Animation Jam, July 9-11, in Burbank, California. Designed to give young rising stars experience working as a full-time artist, Cartoon Network Studios will provide the necessary production tools alongside a talented crew of animation mentors including creator Ian Jones-Quartey, to help guide the students in developing their shorts. This 3-day Animation Jam continues the tradition of Cartoon Network’s widely-recognized, artists-first approach in developing and discovering fresh and innovative content across all platforms.

The animation jam follows the highly successful Cartoon Network Game Jam in Portland, Oregon earlier this year with 200 independent game developers who created their own games based on the cast of heroes in the Lakewood Plaza Turbo universe. Their creations will inform future iterations of the property and the winning team will be awarded a fully funded project to continue work on their game jam prototype.

“Building on our Game Jam’s creative energy, we are expanding into new forums for storytelling with the launch of the first Animation Jam,” said Rob Sorcher, chief content officer for Cartoon Network. “We want to give students an opportunity to experience the world-building process that is unique to O.K. KO!”

Selected teams of graduating seniors and Cartoon Network Studios’ interns at the “Animation Jam” will work together at the studio’s computer workstations complete with a Cintiq, Adobe Flash and Adobe Photoshop to create their short.  Jones-Quartey, supervising director Toby Jones and other select animators from the studio will be on hand to help guide and mentor the teams as students select a concept at random to inspire their short. Culminating on Monday, July 11, Cartoon Network Studios will showcase all the final animation created during the jam as an opportunity to share and collaborate, as well as meet other artists from the studios’ various other shows.