Spin Master spearheading a toy range roll-out for the series reboot in leading retailers across Europe, the Middle East and Africa. 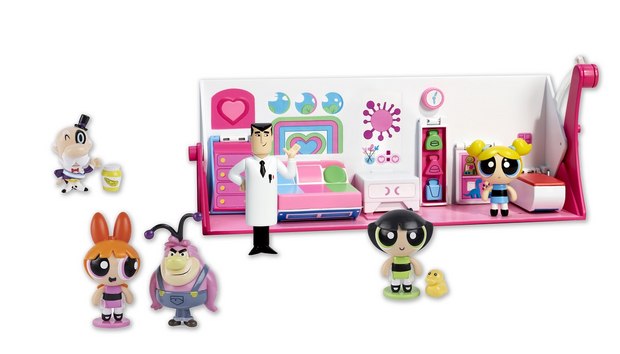 LONDON -- In conjunction with licensing expo Spielwarenmesse 2017, Cartoon Network EMEA has unveiled exciting developments for its brand-new series of The Powerpuff Girls. With the brand’s popularity rapidly accelerating, Cartoon Network is now rolling out the toy range at leading EMEA retailers and also boosting broadcast exposure through the signing of new free-to-air deals.

In the UAE, where Cartoon Network Arabic is free-to-air, the toy range including play sets and plush launched exclusively at Toy Store last November following its debut at the Cartoon Network Zone in IMG Worlds of Adventure in October 2016. While in the UK, 21st January saw the toys launch at Argos through its catalogue and online, and The Entertainer also introduced the range into stores and online on 26th January. In Spain, where the show is free-to-air on Turner’s Boing channel, February 2017 will see the toys debut at nationwide retail chains Carrefour, Alcampo and Eroski, in addition to specialist retailers El Corte Inglés and Toys “R” Us, independent retailers Juguettos, Toy Planet, Mapa, Dimasa, Poly and more.

“With its credibility and heritage already firmly established with mums and millennials, The Powerpuff Girls is perfectly positioned to capitalize on the current ‘Girl Power’ trend that is taking the toy industry by storm” comments Johanne Broadfield, VP, Cartoon Network Enterprises EMEA. “We’re delighted to see retailers across the region share our enthusiasm and passion for the property – through shelf space allocation, as well as comprehensive marketing support. The Powerpuff Girls is well on its way to becoming top of mind with girls in all our key markets!”

Broadcast exposure for The Powerpuff Girls is being significantly boosted following the signing of new free-to-air deals too. In EMEA, last November saw the show debut on CITV in the UK - becoming the #1 commercial show for girls aged 4-9 in Q4 2016 – and in March, The Powerpuff Girls will also launch on Gulli in France and on Disney Channel in Germany. Added to this, in Italy the show is already free-to-air on Boing (a joint venture between Turner and Mediaset) where it has become the most viewed show of all kids’ channels in its prime-time slot. Additional FTA broadcast deals will be announced shortly.

Broadfield added, “We’re ensuring girls across EMEA can join Blossom, Bubbles and Buttercup on their action-packed quests to save the world, thanks to these significant free-to-air broadcast deals and our digital plans. Added to that, we’re building the buzz even further through multiplatform engagement initiatives, a stunning cinema campaign and other marketing and retail activations right across the region.”

The popularity of The Powerpuff Girls is soaring across EMEA with 38 million individuals tuning in since launch. In December 2016, the show also reached an impressive one in two kids in South Africa, Spain, Romania and Portugal and one in three kids in Hungary, Denmark, Sweden, Poland and United Arab Emirates.