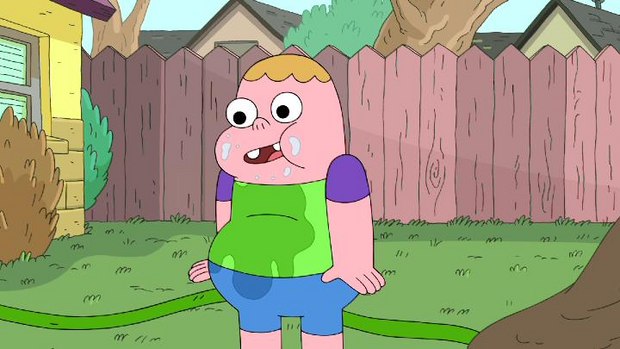 Clarence (voiced by series creator Skyler Page,) is an optimistic, spirited, lovable boy who sees the best in all things and wants to try everything. Because everything is amazing! Celebrate the best of childhood: epic dirt fights, awkward crushes, trampoline combat, sleepover pranks and secret tree forts all through the eyes of Clarence. Clarence’s novel perspective transforms nearly any situation, however mundane, into the best day ever. No matter what happens, good or bad, nothing brings Clarence down.

Clarence shares his adventures with his remarkable group of friends and family. His two best friends include the scrappy Sumo (Tom Kenny, Adventure Time) and the cautious Jeff (Sean Giambrone, The Goldbergs).  Keeping Clarence contained is the responsibility of his sassy and patient mom Mary (Katie Crown) and her laid-back boyfriend Chad (Eric Edelstein). Set in Aberdale, a charming small-town, Clarence’s stories are inspired by the triumphs and tragedies of childhood. Although, in Clarence’s hands, these stories always veer off the main road, if not off the map entirely.