Animated environmental series will be available via online retailers including iTunes, Amazon Video and Google Play. 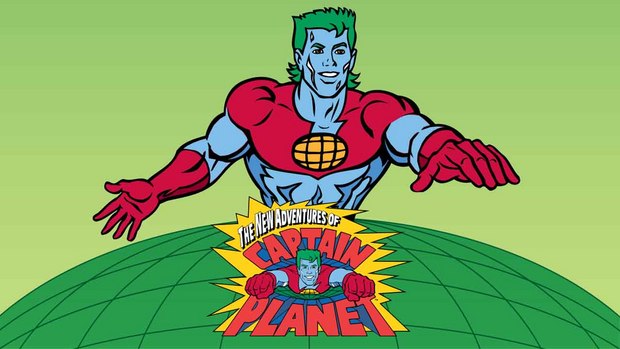 Consumers will have the opportunity to digitally own all six seasons of the trailblazing series, which was one of the first television programs to inspire environmental consciousness. Just in time for Earth Day, individual seasons of Captain Planet and the Planeteers, The New Adventures of Captain Planet and The All New Adventures of Captain Planet will be available for $9.99 and $14.99 each. Individual episodes will retail for $1.99 each. Fans can purchase episodes through such digital retailers as iTunes, Amazon Video, Google Play, Vudu, Playstation Store and Xbox Store. Captain Planet and the Planeteers centers on a team of five teens from across the globe, including Kwame from Africa, Wheeler from North America, Linka from Eastern Europe, Gi from Asia and Ma-Ti from South America, who are chosen to help defend planet Earth from environmental disasters. Gaia, the spirit of the planet, gives each of the teens a magical ring charged with the power to control an element of nature, including earth, fire, wind, water and the heart. The group of teens become known as the Planeteers and are sent by Gaia to right the wrongs of the Eco-villains who are responsible for causing various environmental damage to the planet. Whenever they encounter a situation they cannot resolve on their own, they combine all their powers to summon Captain Planet, a superhero who has the power to bring catastrophic environmental disasters to an end.

A total of 113 episodes were produced. Aside from educating viewers about important environmental concerns such as pollution, deforestation, poaching and overconsumption, the series was also known for tackling serious subject matter such as drug addiction and AIDS/HIV.

Captain Planet and the Planeteers featured a star-studded cast, including the voices talents of Whoopi Goldberg as Gaia, LeVar Burton as Kwame, Louis Gossett Jr. as Commander Clash and Edward Asner as Hoggish Greedly. Other talent who regularly lent their voices to the series included Jeff Goldblum, Meg Ryan, Martin Sheen, Sting and Malcolm McDowell.