Multi-platform comedy adventure about a brother and sister team of warriors created by Kyle A. Carrozza launches as a full linear series this fall. 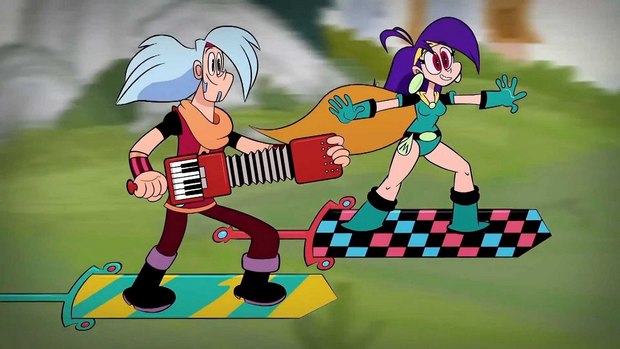 LOS ANGELES -- Cartoon Network, continues to redefine content and the fan experience with the evolution of its latest franchise, Mighty Magiswords. Debuting last year on the Cartoon Network Anything micro-network as a 15-second interactive series, this comedy adventure about a brother and sister team of warriors will now be a full-length linear series launching this fall as part of a connected content ecosystem, giving fans deeper engagement across platforms with the characters and their quest for swords.

Concurrent with the upcoming TV series production, almost 400 pieces of platform-specific original content have been custom developed, including shorts, vlogs, web and mobile games, and interactive narrative content and all will be enhanced with proprietary technology allowing fans to participate in the world and collect their favorite swords.

“Mighty Magiswords has been an incredible journey, starting as a simple interactive digital product and organically developing into a true multi-story world,” said Chief Content Officer, Rob Sorcher. “Expect Magiswords to continue expansion in tech and content, with new ways for the audience to participate, contribute, play, watch and collect.”

Cartoon Network will begin to introduce the expanded concept to fans this summer through a series of character-driven shorts, a web game and on-air spots.