‘The Powerpuff Girls,’ ‘Ben 10’ and brand-new multi-platform series ‘Mighty Magiswords’ to lead the hero-inspired line-up at this year’s festival as the network continues to look for new global talent. 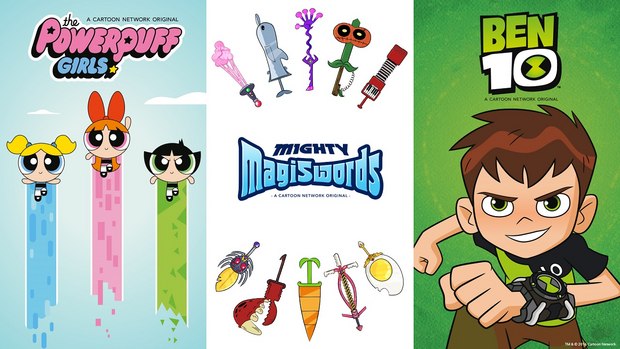 ANNECY, FRANCE -- Cartoon Network is returning to Annecy for the 2016 Animation Festival and MIFA, with a selection of its new and most popular hero characters in tow. Known for its creator-driven and holistic approach to developing content across multiple platforms, the network will also be on the lookout for new, heroically-original creators and animators to work with the studio on projects across the globe.

On Thursday 16th June, Cartoon Network representatives will host a series of face-to-face interviews with artists, in a bid to source promising new talent to join its teams in the US, EMEA and Asia-Pacific. Cartoon Network will also host its renowned Picnic by the Lake and a special panel event, “It’s Hero Time” later that day.

Taking place in Salle Pierre Lamy (June 16th 6:00pm – 7:15pm), “It’s Hero Time” will offer attendees special access and behind-the-scenes to two of the most popular kids’ TV shows, The Powerpuff Girls and Ben 10, with a chance to hear why and how these Cartoon Network heroes are making a spectacular return in 2016. The panel will also discuss the brand-new multiplatform series, Mighty Magiswords and include a look at the making of the all-new series of Ben 10.

“Anyone who has watched Cartoon Network, knows that our hero characters are a little unconventional – and that’s what makes them so aspirational to our audiences and the perfect team to be bringing along to a modern and innovative environment like Annecy Animation Festival,” commented Patricia Hidalgo. “We’re excited to share some of the trade secrets behind the creation of these heroes.”

Tramm Wigzell added, “We have some of the best creative minds in animation working at Cartoon Network Studios and we’re always on the lookout for creators with unique ideas. It’s key to us to work with talent that understand the importance of creating content across multi-platforms for this generation of kids. We’re looking forward to meeting the talent at Annecy and discussing these shows and how we are developing content in a different way.”

Mark Eyers, SVP & Chief Content Officer for Turner Kids Networks in Asia Pacific remarked, “Cartoon Network’s characters always inspire viewers because they demonstrate that anyone can be a hero. For years, Ben 10 and The Powerpuff Girls have had exactly that effect right across the world, and that’s why we are expecting such big things from these all-new re-imaginations. Along with colleagues in the US and Europe attending Annecy, we cannot wait to identify even more fun and engaging ideas as part of our successful original development initiatives.”