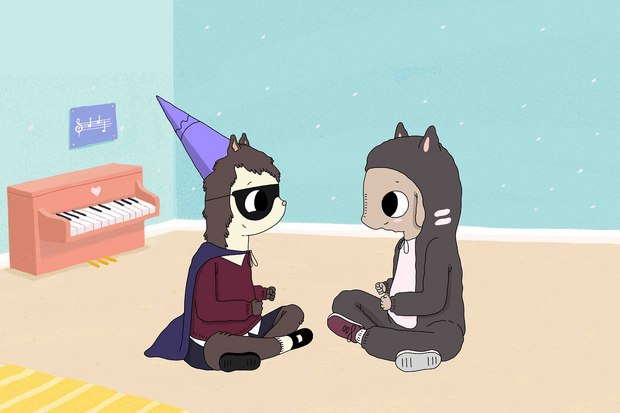 Cartoon Network has greenlit Summer Camp Island, a wildly imaginative animated series based on the original short created by Julia Pott. Having completed a momentous run at this year’s Sundance Film Festival where it was screened as part of the Animated Short Films category, the short will now extend into a series and continue unfolding the mysteries that Oscar and his best friend Hedgehog encounter at a magical summer camp. Summer Camp Island is produced by Cartoon Network Studios and is slated to debut next year.

“Summer Camp Island is a great example of the kind of creativity generated by our acclaimed studio shorts program,” said Rob Sorcher, Cartoon Network chief content officer.  “We are all wanting to spend summers inside this timeless and magical world captured by Julia’s signature warmth and inventiveness.”

Currently making its round on the global festival circuit, the short Summer Camp Island has also screened and won at Ottawa International Film Festival, Toronto International Film Festival and American Film Institute. The series will follow Oscar and his best friend Hedgehog, who have just been dropped off at their first summer camp. Away from their parents, the two friends must summon all their courage to navigate mysteries and wonders of this magical camp where camp counselors are witches, horses become unicorns, and monsters live under the bed. Not all camps offer the opportunity to swim with a talking shark in the swimming pool, crawl under the bed into a different universe, or make friends with the moon, but on Summer Camp Island, anything can happen.

Pott is a British animator and illustrator who graduated from Kingston University with first class honors, and in 2011, she graduated from the Royal College of Art with a Master’s degree in Animation. A festival darling, Potts’ films have played at festivals worldwide. Named as one of the 25 new faces of independent films by Filmmaker Magazine in 2012, Pott was also honored as one of the 37 indie film breakouts of that year by Indiewire. In 2015 she joined the Cartoon Network family as a writer for on the pop culture phenomenon Adventure Time.