13-country study, undertaken as part of network’s ‘Climate Champions’ campaign, shows health of the planet a top priority for kids 6-12.

Cartoon Network has just published results from a new EMEA-wide study analysing 6-12-year-olds’ views and behaviours regarding the topic of climate change. The findings show that the health of the planet is a top priority for kids, and that they want to be part of the solution to one of the biggest challenges they will continue to face in their lifetimes.

The study also found that 78% of kids polled want to learn more about climate change. In addition, 83% want to do more to help fight climate change, with 66% proactively looking for opportunities to get involved.

Vanessa Brookman, Head of Kids, WarnerMedia EMEA, said, “The findings reinforce what we had already taken from conversations with our young fans – kids care immensely about the planet and are eager to get involved. This fed directly into creation and launch of “Cartoon Network Climate Champions” – a bespoke climate change awareness initiative which invites kids across EMEA to take on daily challenges that help the environment. Although the campaign has only been live since June 1, more than 300,000 challenges have already been completed, which is testament to kids’ desire to take action. We are pleased to empower our young audiences in this way and are impressed with how they are collectively making a difference.”

Asked who inspires them most to want to help fight global warming, 60% of kids mentioned “mum” as their biggest hero who can support them combating climate change. “Dad” and “teachers” were also referenced as climate change role models. 65% of kids would like Cartoon Network to help them fight climate change.

The study was undertaken as part of Cartoon Network’s multi-territory, multi-language climate change awareness campaign “Climate Champions,” which launched across EMEA on 1st June 2021. The initiative sets out to inspire kids to undertake small daily challenges that can make a world of difference to the health of our planet and has been developed in partnership with WWF.

Launched in 18 languages, the multiplatform campaign seeks to educate Cartoon Network’s target audience of kids aged 6-12 about climate change. It aims to empower them to join a community of young people who are taking steps in their own lives to tackle one of the biggest challenges of our times. Cartoon Network’s Climate Champions microsite acts as the campaign hub with challenges, quizzes, games, and videos championing sustainability, and is also promoted on the Cartoon Network channel. The specially designed daily challenges, tested by kids for kids, are crafted to inspire and motivate young people to make changes at home, at school and in their local communities, positively impacting the environment. A real-time map demonstrates how the Climate Champions are making a difference and will provide ongoing insights and data points into the myriad ways in which kids are engaging in the topic from country to country. 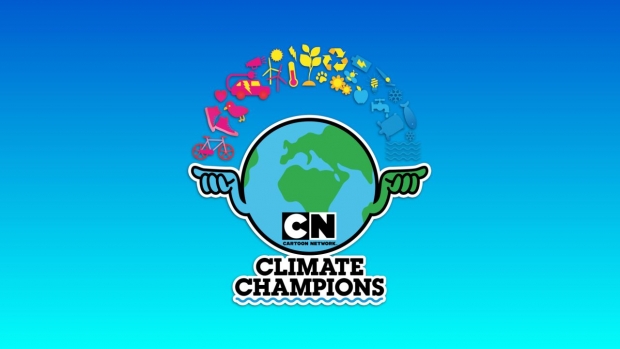