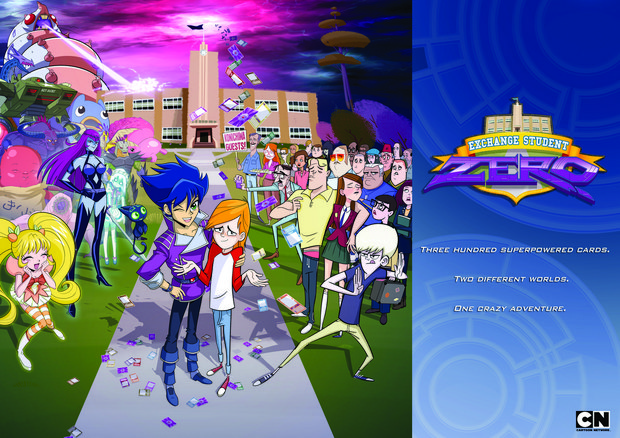 Cartoon Network announced it has started production on the first Asia Pacific-made series developed for global distribution. Exchange Student Zero will be ready to air in 2015 on screens across the world. Another new project in the pipeline for the leading kids’ network is Monster Beach, an original TV special that will also be available internationally.

The show’s director, Patrick Crawley, from Bogan Entertainment Solutions (BES) in Australia, adds: “It’s fantastic that we’ll be able to turn this character-driven, inter-dimensional story into a complete Cartoon Network series. Our Australian animation creative team is a formidable talent and we’re thrilled to have the chance to work with an international broadcaster to bring Exchange Student Zero to a global audience.”

Exchange Student Zero (13x22’) tells the story of two boys who bring an anime character from a fantasy card game to life and pass him off as an exchange student. However, Hiro wreaks havoc amongst his western styled animated world. Attempts to return him back to the game result in even more anime characters being released with disastrous results. The series tagline is: “300 super-powered cards. Two different worlds. One crazy adventure.”

Monster Beach (1x70’) is also a BES production. The special tells the story about surfing, scary locals and two kids battling to save their worst nightmare. Silas Hickey, Turner’s Creative Director – Animation, based in Hong Kong, is executive producer for both productions.