The network will evoke discussion of international production at Annecy in a panel led by ‘The Amazing World of Gumball’ creatives. 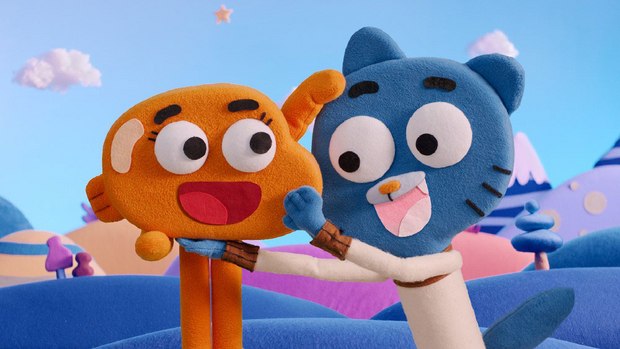 ANNECY, FRANCE -- Turner’s Cartoon Network heads to Annecy Animation Festival and MIFA this week riding high on a wave of newly announced content, including a host of internationally-produced series and local development projects. In Europe alone, Turner has increased its content investment for Cartoon Network and second flagship kids’ channel, Boomerang by around 30% from 2016. This complements their pipeline of US content from Cartoon Network Studios and sister-company Warner Bros. while ensuring strong local relevance.

A studio panel will celebrate Cartoon Network’s European-produced, award-winning, global hit The Amazing World of Gumball, which is now in production on season six. Taking place on Thursday June 15th at Salle Pierre Lamy (4–5:15 pm), the panel will feature series creator Ben Bocquelet and director Mic Graves on a special journey behind the scenes of this animated series.

Among the panel guests is new UK-based kids’ television production company Blink Industries who have recently completed work on Gumball’s season-five episode, “The Puppets,” directed by Becky & Joe, creators of internet sensation Don’t Hug Me, I’m Scared. A miniseries inspired by the episode “Waiting For Gumball” has been commissioned and is being directed by BAFTA nominee Simon Cartwright (Manoman) and Baker Terry (Don’t Hug Me I’m Scared) -- managed by Blink Industries.

Gumball’s music composer, Ben Locket, will join the panel to talk about his process and the use of complex musical techniques alongside acclaimed French director and illustrator Simon Landrein, creator of the skateboarding sequence in the season five episode, “The Ollie.”

Patricia Hidalgo, Chief Content Officer, Turner EMEA Kids & International Kids Strategy commented: “As we dial up our local production investments internationally, this couldn’t feel like a more fitting time to celebrate our first major hit to come out of Europe and some of the amazing talent involved in the show. We’re continuing to look for great animation talent to work on Gumball season six, as well as our many different productions across the globe, and we’re excited to once again host our highly-anticipated Picnic by the Lake, which is a fantastic opportunity for students to network and connect with key people from our studios.”

Brian Miller, SVP & General Manager, Cartoon Network Studios added: “Coming to Annecy always furthers the opportunity for Cartoon Network to explore and collaborate with various global production partners, and this year, we are especially keen to learn about some of the new production technologies being presented at the festival.”

Mark Eyers, SVP & Chief Content Officer, Kids Networks, Turner Asia Pacific said: “We’re attending Annecy again this year in the hope of discovering more fun and engaging ideas to become part of our successful original development program in APAC. It’s also exciting that just one of the many highlights to have come out of that program already -- a series of shorts entitled Bill and Tony -- has been selected to screen in competition at the festival, which is an amazing endorsement of the comedy animation we’re producing in the region right now.”

In the past few months, Turner has announced new internationally-produced series and local development projects including: Taffy and a second season of The Happos Family, both created for Boomerang in partnership with Cyber Group Studios; The Heroic Quest of the Valiant Prince Ivandoe, a Danish-produced series for Cartoon Network; and Ben 10 Challenge, a live-action gameshow based on the Cartoon Network franchise, which will be produced in Spain in eight languages.