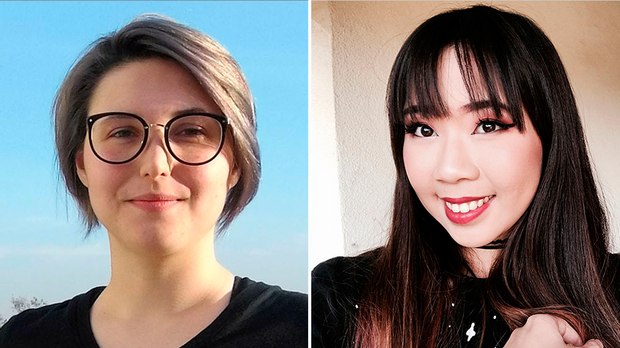 Cartoon Network and CalArts have awarded the initial honors in a newly established annual scholarship to students Mariana Yovanovich and Michelle Lam.

The channel has a long history of working with CalArts graduates, including Genndy Tartakovsky, Craig McCracken and Pendleton Ward.

“We tap into talent from everywhere, but a lot of the CalArts talent in particular has risen up to places of show creators like Genndy and Craig,” Brian Miller, Cartoon Network senior VP and general manager, told the trade. “And that list continues to expand with people like Pen Ward and J.G. Quintel (Regular Show), and further from there to Daniel Chong (We Bare Bears), and it just continues.”

The first students to receive the scholarship are fourth-year student Michelle Lam and third-year student Mariana Yovanovich. The news was a surprise to both, as the scholarships are awarded by CalArts and Cartoon Network based on merit, a mentoring program and in some cases an internship at the channel.

“I felt very honored because Cartoon Network was my first internship,” Lam told Variety. “Not only did the scholarship help me with tuition and continuing my time here at CalArts, but it felt like I was somewhat accepted by the industry, or that there is a chance or hope for me to enter an industry that I’ve dreamed of being a part of since I was a little kid.”