Cartoon Network Acquires TeamTO and Thuristar’s ‘My Knight and Me’ 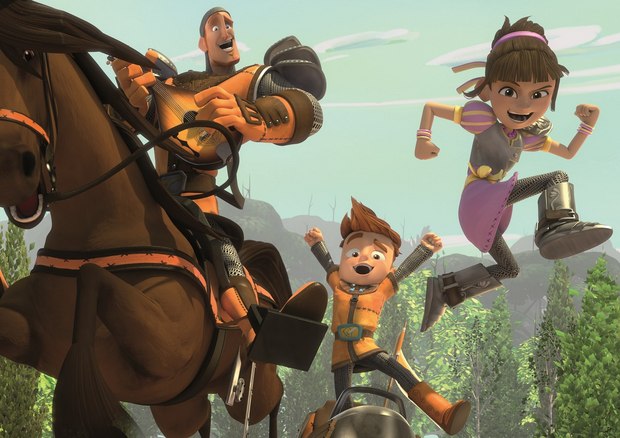 BURBANK, CA -- Cartoon Network is traveling to the Dark Ages with the global acquisition of My Knight and Me, a new comedy series distributed by leading international kids’ entertainment specialist CAKE. Created by renowned French producer TeamTO and Belgian producer Thuristar, My Knight and Mefollows the adventures of a colorful and charismatic trio of knights in shining armor. The series had a strong debut in the United Kingdom earlier this year on Turner’s Boomerang and will continue to premiere in additional markets in Europe, Middle East, and Africa (EMEA), Latin America (LATAM) and Asia-Pacific (APAC) throughout 2017 on Turner channels Cartoon Network, Boomerang, Boing and POGO. My Knight and Me is set to premiere on Cartoon Network in the United States on Monday, Jan. 2 at 4 p.m. (ET/PT).

My Knight and Me introduces audiences to loyal, street-smart Jimmy the Squire; his best friend, fun and daring Cat the Princess; and his father Henri of Orange, a charmingly inept, but passionately chivalrous knight who might not be the most efficient protector of the realm but he sure is the funniest. Together, this knightly trio set out to make the Dark Ages a little brighter and a whole lot more fun!

A TeamTO Thuristar production, My Knight and Me was created and directed by Joeri Christiaen and coproduced with Canal+ Family and TéléTOON+ (France), SuperRTL (Germany) and VRT-Ketnet and RTBF-Ouftivi (Belgium).

A sneak peek of an episode titled “The Cat and the Swan” is available domestically on the Emmy Award-winning Cartoon Network app throughout December. In this episode, celebrating the Dragon New Year, Bad Jack attempts to throw Henri and Jimmy into a bottomless pit but his plans are thwarted by the queen, who insists on joining Cat in her rescue mission, donning the outfit of “The Swan,” a hero she idolized as a girl. Together, they head out to save the day.