Exhibition to feature concept art and puppets from the upcoming film, and will be on view September 26, 2014 through February 1, 2015. 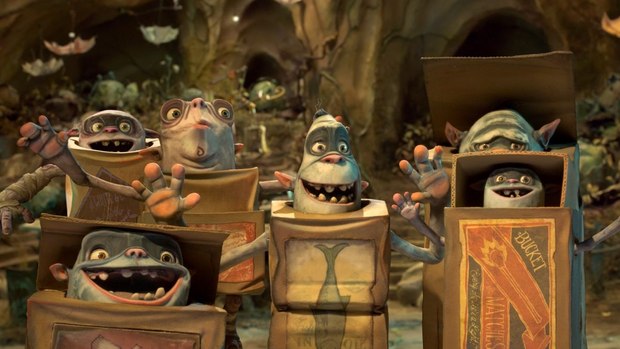 San Francisco, CA -- The Cartoon Art Museum announced that it will present artwork from the feature film The Boxtrolls, produced by LAIKA, the Portland-based animation studio owned by Nike co-founder and Chairman Philip H. Knight, and released nationwide by Focus Features on September 26, 2014.

The exhibition, made possible by the patronage of LAIKA and Chronicle Books, publisher of the forthcoming book The Art of The Boxtrolls, features concept art and puppets from the upcoming film, LAIKA’s third stop-motion animated film to be shot in 3D. The exhibition will be on view September 26, 2014 through February 1, 2015.

Based upon the book “Here Be Monsters” by Alan Snow, The Boxtrolls is directed by Anthony Stacchi and Graham Annable. The Boxtrolls introduces audiences to a new breed of family, a community of quirky, mischievous creatures who have lovingly raised a human boy named Eggs (voiced by Isaac Hempstead Wright of Game of Thrones) in the amazing cavernous home they’ve built beneath the streets of Cheesebridge. When the town’s villain, Archibald Snatcher (Academy Award winner Ben Kingsley), comes up with a plot to get rid of the Boxtrolls, Eggs decides to venture above ground, “into the light,” where he meets and teams up with fabulously feisty Winnie (Elle Fanning of Maleficent). Together, they devise a daring plan to save Eggs’ family.