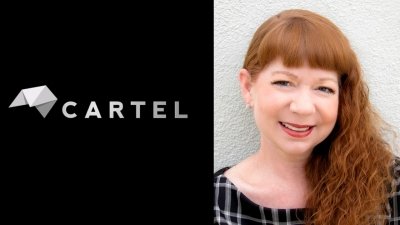 The Cartel has named Kimberley Mooney as manager in their kids and family department, reporting to partner and manager, Bradford Bricken, who oversees the division. The announcement was made by co-founders and co-CEO’s Stan Spry and Jeff Holland.

“Kimberley loves animation and the wonderful artists who create it,” commented Bricken. “We couldn’t be more excited to welcome this tireless artist advocate to our team.”

Mooney’s hire comes as The Cartel is expanding its reach in the kids, family, and animation business. The company has also partnered with former Netflix and Nickelodeon executive Jenna Boyd to launch Field Day Entertainment, a talent-centric production company that focuses on creating premium kids & family content for streaming platforms.

The Cartel represents top industry professionals and has produced and financed more than 100 movies and series over the past decade, including the animated series Twelve Forever for Netflix. The company is currently producing Creepshow for AMC’s horror streaming platform Shudder and Day of the Dead, a new 10-episode series for Syfy.