New series from the producers of ‘Black Dynamite’ and ‘The Boondocks’ marks the Fuse network’s first foray into adult animation. 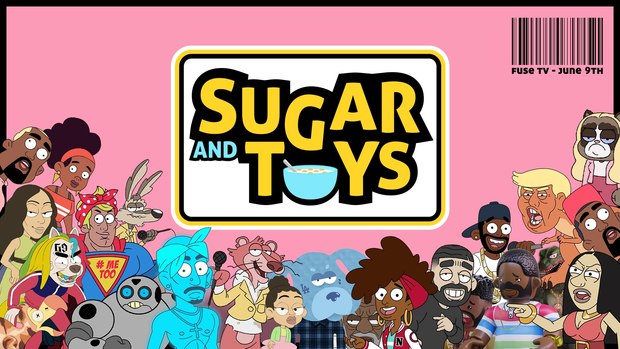 Sugar and Toys, the new animated series from Black Dynamite and The Boondocks producers Carl Jones and Brian Ash, is set to premiere on the Fuse network on June 9.

The news was revealed as part of the cable network’s upfront presentation announcing its lineup of new and returning TV and digital shows for 2019-20.

Marking the network’s first foray into adult animation, Sugar and Toys will premiere as part of Fuse’s new Sunday night programming block. The 10-episode series brings a wild new twist on the Saturday morning cartoons we all grew up with -- but a whole lot less innocent. Adult comedy, social commentary and music culture parody crash the cartoon party, speaking directly to the trends and issues most relevant to a millennial audience, and bookended by host and multi-platinum rapper and actor KYLE (Netflix’s The After Party).

Sugar and Toys is executive produced by Aengus James, Colin King Miller, Nicholaus Goossen, Jones and Ash, with Kyle Harvey serving as co-executive producer and Lalo Alcaraz as consulting producer, and produced by This is Just a Test and 245 Enterprises.