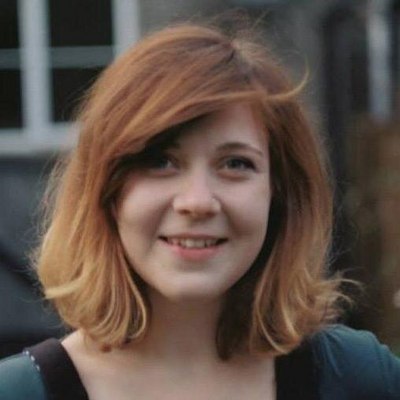 Cardiff, U.K. -- Cardiff Animation Nights has announced they will be bringing a brand new animation strand to the Cardiff Independent Film Festival (C.I.F.F.) in April 2016.

Established in October 2014, Cardiff Animation Nights runs bi-monthly screenings of award-winning independent animation from around the world at venues in Cardiff.

“Through Cardiff Animation Nights we’ve been able to bring some of the best independent animated films around at the moment to our audience in Cardiff so they can watch them for free,” says Orme. “Since the night started the response has been amazing, and it’s been really popular - we’ve had a full house at every event. It’s shown us that there’s a real hunger for independent animation in Cardiff.”

“My ultimate dream is to revive the brilliant Cardiff Animation Festival, which ended in the late 90s, and used to be one of the UK’s biggest festivals dedicated to animation. Bringing an animation strand to Cardiff Independent Film Festival is a step in that direction - and one we’re all really excited about,” Orme added.

Cardiff Independent Film Festival is an award-winning annual event run every April by a non-profit organization of Wales based filmmakers. The most recent event in 2015, hosted at Chapter cinema, included a selection of international features and shorts. Also featured at the festival were networking events, masterclasses and Q & As with legendary filmmakers Stephen Frears and John Boorman.

Alistair Parkhurst, director of Cardiff Independent Film Festival, says, "We've screened animation at C.I.F.F. before and indeed our first Best Short award was for an animated film so it makes sense to have a dedicated animation strand. We are aiming to grow the festival a little every year so we were delighted when Lauren approached us. I'm very much looking forward to seeing the submissions."

Cardiff Animation Nights will be taking short film submissions for the international animation competition at C.I.F.F. 2016 from Friday 25th September 2015. Submissions will close on 9th January 2016. For more information on submissions click here.

Cardiff Independent Film Festival will run from Friday, April 22 to Monday, April 25. April 2016 at various venues in Cardiff. Please visit Cariff Independent Film Festival to learn more about the full program for C.I.F.F., which will include the animation strand, screenings, talks, masterclasses, and a new Best Animation award, to be announced in 2016. Tickets for C.I.F.F. events, including the animation strand, will be on sale in 2016.

Cardiff Animation Nights returns on Thursday, October 29, celebrating one year since their first ever event with a special anniversary edition, screening award-winning shorts including David O'Reilly's Please Say Something, Ainslie Henderson and Will Anderson's Monkey Love Experiments and Don Hertzfeldt's World of Tomorrow.