Four-day event will feature an advance screening of ‘The Breadwinner’ plus a program of 99 shorts in competition. 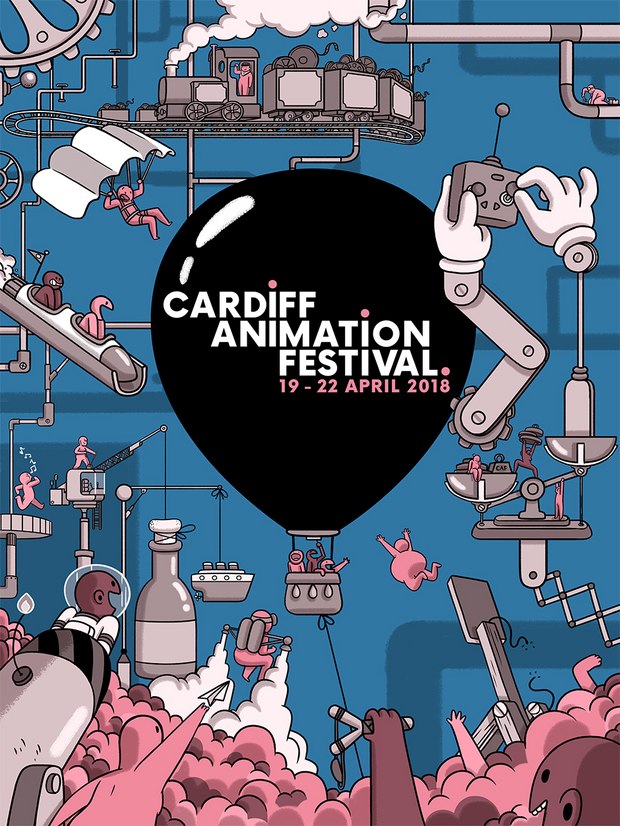 The revived Cardiff Animation Festival will run April 19-22 at Chapter, an independent arts hub and cinema space in the heart of Cardiff, as well as other Cardiff venues.

The four-day celebration of animated film will include a preview of Oscar-nominated feature film The Breadwinner and a program of 99 short animated films in competition.

“I'm so excited the Cardiff Animation Festival has finally been resurrected, and with the inimitable Lauren Orme and her wonder team at the helm, I know it's going to be a blast,” says director Joanna Quinn. “The thought of four days of animated films, presentations and meeting new friends is almost too much too bear. I wish I had an animation advent calendar to count down the days!”

The festival will comprise six themed programs of some of the best animated short films from around the world. Of the nearly 500 animated shorts submitted, 99 were chosen by the selection panel to be screened in competition for the best short and best student short award, and audiences will have a chance to vote for their favorite to win the audience award.

Themed screenings include “Hindsight,” a program dedicated to exploring personal and world history, bringing shorts such as the sublime Late Afternoon by Louise Bagnall and Daisy Jacobs’ experimental The Full Story together. Other themes include “Close Quarters,” “One Way Ticket” and a “Speechless” program celebrating films without dialogue.

Highly anticipated The Breadwinner from multi-Oscar nominated studio Cartoon Saloon will screen ahead of its official U.K. release. The animated drama about a little girl living under Taliban rule is directed by Nora Twomey and produced by Angelina Jolie.

The features program also will include Early Man from Aardman, supported by the BFI with National Lottery funding, with animation director Merlin Crossingham from Aardman giving insight into the film’s creation.

CAF will celebrate Chuck Steel: Night Of The Trampires, the independent stop-motion feature film everyone is talking about, made in a warehouse in Bridgend by Animortal Studio. Director Mike Mort will give CAF audiences an exclusive look behind the scenes of the film. The festival will also play host to the Trampires themselves, who are set to take over Chapter with their very own four-day exhibition.

A range of family-friendly events throughout the weekend will include a chance to see behind the scenes of the multi-BAFTA-winning preschool favorite Hey Duggee, presented by creator Grant Orchard from Studio AKA. Also scheduled are two animated family shorts programs curated by renowned Cardiff-based studio Cloth Cat Animation, including Twin Islands from prestigious animation school Supinfocom, and Croak from Animade’s Frida Ek.

Workshops giving children and adults the chance to try animation for the first time will run alongside workshops for seasoned animators.

Budding directors and creators will have the chance to partake in one-to-ones with Children’s TV Commissioners as part of the Industry Day, opening the festival on April 19. The day will include a keynote from Bob Ayres, the head of TrueTube, which picked up four BAFTA Children’s Awards at the most recent awards ceremony. Concluding the first day will be Cardiff Animation Nights, the popular independent animation screening event that the CAF team cut its teeth on. Held at Kongs in Cardiff City Centre, the bimonthly screenings of animated shorts now regularly bring in audiences of more than 150 people at each event.

CAF also will host the launch of Anim18: A Celebration of British Animation, taking place across the U.K. from April to November. The launch will be a chance to hear more about how Anim18 will be working with a host of partners nationally to showcase the best of British animation -- past, present and future. Anim18 is led by Film Hub Wales, Chapter (Cardiff) working with the BFI Film Audience Network, which is supported by the BFI with National Lottery funding to bring a diverse range of cinema to audiences across the U.K.