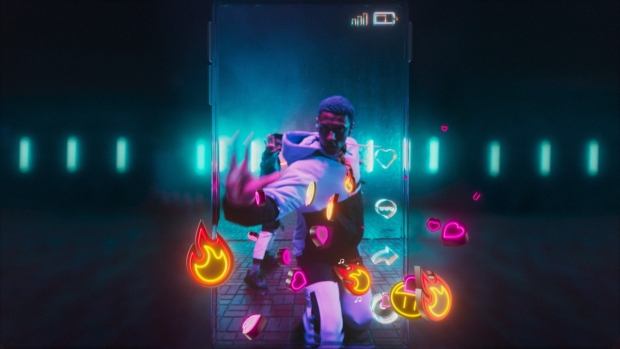 “Our entire VFX studio and most of our finishing work uses AWS,” shared Jeff Drury, Carbon Head of Engineering. “Having our workflow on AWS gives us the flexibility to easily expand and contract depending on the project needs.”

Carbon’s cloud-based workflow is built around a shared storage system on Amazon Simple Storage Service (Amazon S3) that connects VFX and finishing artists across the studio’s locations. WEKA is used to accelerate file throughput and optimize storage; active files remain on hot tier Amazon Elastic Compute Cloud (EC2) instances with NVMe drivers, but if not accessed for a set amount of time, they are automatically moved to Amazon S3, which provides low-cost, accessible storage.

“AWS allows us to build and connect teams across the US and beyond,” added Drury. “We can create a shared workspace in AWS and match the right artists for each project, regardless of where they’re based. We’ve also been able to work with freelancers as far away as Saskatchewan, Portugal, and Mexico City. This not only helps to balance our user load but also is a tremendous boost to creative input. If we can seat an artist, we have no bounds. It’s made a truly significant impact to our creative work.” “The amount of nodes we’ve spun up is astronomical,” noted Drury. “We were looking to increase our capacity, and AWS has played a huge role in achieving just that.”

Conversations about moving to the cloud started at Carbon in 2019 when the studio was expanding its VFX department and wanted the infrastructure to support its growth. In 2020, the studio grew exponentially, and they made the decision to transition to a new workflow with greater storage and render capabilities. Another factor in choosing cloud was that it eliminated the need for server rental and storage space. Carbon began using a proof-of-concept workflow on AWS in summer of 2021 and received the greenlight to adopt the new approach by December. The studio has run on AWS almost entirely since January 1, 2022. The only jobs reserved for machines on premises are clean-up work on past projects and some in-person Flame review sessions.

“It’s easy to create segregated workspaces in the cloud,” explained Drury. “The artists love using AWS. It’s worked great out of the gate and now pairs so well with the Teradici protocol we had previously instituted for remote work. We give artists a website and login credentials, and they’re good to go.” By moving to AWS, Drury and his team can update the studio’s pipeline and innovate much faster.

He added, “We’ve already rolled out a 2.0 release to our workflow on AWS. The significant changes have been made with a fast turnaround of a few months, which is amazing.”

While workflow iteration is ongoing, Drury’s next major benchmark involves phasing out the remaining legacy infrastructure to run Carbon and its partner companies in the cloud 100 percent.

Dury concluded, “Having our setup completely in the cloud will allow full, inter-company collaboration and side-by-side working, no matter where a team member is based.”

More information on using the cloud in content production is available here.