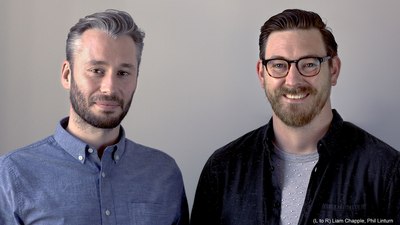 CHICAGO – Carbon has announced the opening of their new studio in Chicago. Leading the operations are Executive Producer Phil Linturn and Creative Director Liam Chapple. Linturn joins Carbon after spending over a decade at the visual effects company Glassworks, where he rose up from EP to COO of its European network, which includes offices in London, Barcelona and Amsterdam. Chapple’s outstanding work at London design and animation studio Mainframe caught Carbon’s eye. During his tenure at Mainframe, Chapple led design and direction on notable projects including a groundbreaking campaign for iconic British department store Harrod’s and a Promax BDA-winning BBC promo for the Wimbledon tennis championships.

Now at Carbon Chicago, the duo opens the doors to a versatile post-production operation filled with international artists from across Europe as well as top-tier talent from the States. According to EP Linturn, Carbon Chicago will launch with a core creative and production team able to brandish their talents with tools and offerings including several Flame suites with 5.1 surround sound, the highest-spec DaVinci Resolve color-grading suite, and a fully-equipped CGI and motion design studio. Even with all the advanced capabilities, Linturn says the driving force of Carbon’s Chicago space comes from the people and culture within.

“It’s fundamental for Carbon that our capabilities don’t stem from software or hardware,” Linturn commented. “To me, a true boutique studio is a highly-functioning creative team with diverse skills, and an efficient and adaptable approach, allowing us to leverage the concentrated size to our advantage. Our artists and their dedicated production team are the asset that will create the biggest benefit for our clients.”

“For me, the most appealing aspect of the new studio is that it’s an amazing opportunity to help mold the future of a dynamic brand,” Chapple explained. “We plan to continue to deliver the high standards of VFX and color that Carbon is known for, while broadening our horizons to encompass creative direction and design lead projects. The range of skills we’re bringing together will allow us to offer a complete start-to-finish service, guiding clients through the whole process from design through post production to color and finishing.”

“We’re fortunate to have found two experienced leaders whose vision and goals are so in line with our own,” said Carbon Partner and EP Frank Devlin.

“We’re very excited to expand Carbon to a third market with such an invigorating team of creatives,” added Partner and Creative Director Kieran Walsh, “and we look forward to forging and reinforcing relationships in the heart of Chicago.”

“We’re so glad to have met Phil and Liam, and deeply pleased to have such strong, visionary leadership to launch the new branch of our international creative network,” concluded Whitehouse Post Managing Partner David Brixton. “Chicago joins the list of cities where we are able to offer our clients a seamless workflow from previz and design, through production, edit, color, motion graphics, visual effects, and finishing.” ​