Captain America May Return to the MCU

With so many standalone movies and fringe Disney+ series, a Cap return doesn’t seem too removed from reality, though Chris Evans isn’t thrilled. 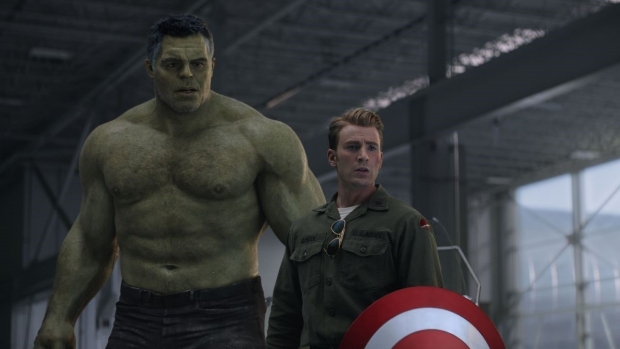 Never say never! Captain America may just be plucked out of retirement and inserted back into the MCU in some mysterious capacity, according to Variety. Even though Avengers: Endgame gave the iconic character a fantastic and definitive ending, there is room for his involvement (depending on timelines). With so many standalone movies and fringe Disney+ series, this rumor doesn’t seem too removed from reality.

It would make sense if Cap appeared in some small capacity in the multiverses of Doctor Strange, or even WandaVision, the decades-long alternate-reality caper. However, it seems even more likely that the beloved character could show up in The Falcon and The Winter Soldier, the upcoming Disney+ series that surrounds two of his greatest friends. If this were the case, Sam and Bucky could receive some sage advice from Old Man Cap. Adorable.

On the other hand, Evans hasn’t seemed thrilled about a Captain America return. When asked on The Graham Norton Show back in May about a return to the MCU, Chris Evans stated, “It’s not a hard no, but it’s not an eager yes either.” Watch Evans discuss the end of Captain America now:

To pour more water onto the rumor fire, Evans recently took to Twitter, seemingly to debunk the MCU gossip:

If you want a laugh, the fan replies are worth a scroll. It seems we won’t know more until the new Marvel shows/movies start to roll out.

The Falcon and The Winter Soldier premieres on March 19, 2021, on Disney+.