New animated series based on the picture book by Randi Zuckerberg to be produced by Industrial Brothers in association with The Jim Henson Company. 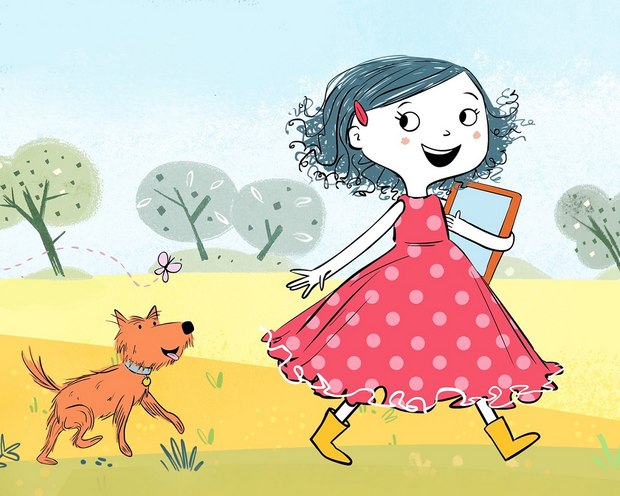 HOLLYWOOD -- Canada’s Kids’ CBC has greenlit Dot., a new animated series from the Industrial Brothers in association with The Jim Henson Company. The series is based on the debut children’s book written by New York Times bestselling author, digital lifestyle expert and entrepreneur Randi Zuckerberg. The announcement was made by the CBC’s Martin Markle, Matthew Fernandes of the Industrial Brothers and Halle Stanford, Executive Vice President, Children’s Entertainment, The Jim Henson Company.  The Jim Henson Company is handling all media rights for Dot. outside of Canada and all consumer products rights for the property worldwide.

Targeting four to seven-year-old children, the series follows the inquisitive and exuberant tech-savvy Dot, who embarks on hilarious adventures to satisfy her imagination, curiosity and latest passion. Dot is a whimsical, quick-to-laugh kid, who is not afraid to get her dress dirty.  For a girl as curious and creative as her, there’s no better way to spend the day than outside, exploring the world with her dog, friends, and any tool or tech that will help enhance their play and exploration.  Each episode ends with Dot giving the viewers a call to action to get inspired and explore, both digitally and practically, what excites them too. ​

“Kids’ CBC is pleased to bring such a forward thinking and delightful series to Canadian children.  Dot. blends technology use with a robust and active lifestyle for kids.  There is a healthy balance between the tech use, adventure and physical play.” said Martin Markle, Senior Director of Children’s Content at CBC Television.

"One of the most exciting aspects of Dot is that it tells a story where technology is just a tool that a child can use to activate his/her imagination and then take that into the real world.  It's not about swiping or posting or liking; it's about exploring and wondering and learning," said Fernandes.

“As soon as we met Dot, we saw her potential to inspire kids to use tech to enhance their everyday kid adventures and discoveries,” commented Stanford.  “I have been a longtime fan of the Industrial Brothers and this is a perfect project for them to produce. Matt Fernandes has an inspiring vision of how to bring Dot's emotional relationship with technology to life in animation. The design of the series will capture the humor and whimsy of Dot’s world and bring to life a child's authentic experience with tech."

“I’m so excited to see Dot come to life,” said Zuckerberg. “The Industrial Brothers are the perfect partner to capture Dot’s spirit, bringing her world right into our living rooms. Dot will help teach so many children about the excitement of going outside and exploring while simultaneously using tech, in a balanced way, to learn more about their surroundings.”

Dot. is a production of The Industrial Brothers produced in association with The Jim Henson Company.  The series is executive produced by Matthew Fernandes and Tammy Semen, of the Industrial Brothers, Lisa Henson and Halle Stanford of The Jim Henson Company, and Randi Zuckerberg of Zuckerberg Media.  Karen Fowler serves as Executive in Charge of Production, Arthur Spanos as Executive Consultant and Meghan Read is the story editor.