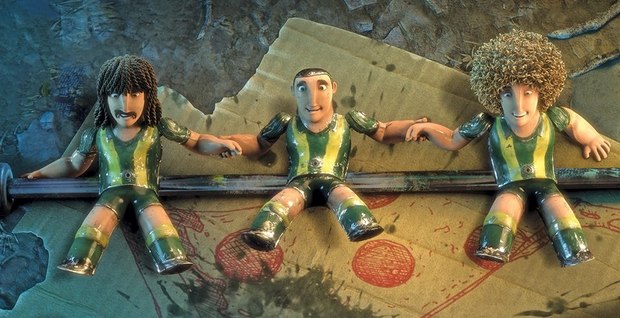 Determined by voting from audience members who are age 18 and younger, Grand Prize Awards were presented to one feature film and one short film. A Town Called Panic: The Christmas Log (Belgium/France), directed by Stéphane Aubier and Vincent Patar (co-directors of 2014 Oscar nominee Ernest & Celestine and also the Town Called Panic feature), was awarded the Grand Prize for a short film. The award for the film, which made its North American premiere in the Festival’s “Short Films One” program, was accepted via video by its stop-motion stars, Cowboy, Indian and Horse. The Grand Prize Award for a feature film was presented to Foosball (Argentina), directed by Juan José Campanella, director of the Oscar-winning film Secret in Their Eyes. Executive producer and co-writer Gastón Gorali was on hand to accept the award and to announce that, after making its U.S. premiere in the Festival, the film has been purchased by the Weinstein Company, and will be released in the US this August under the title The Underdogs.

The Jury Award for Best Live Action Short was presented by actor Jeffrey Wright to Crocodiles without Saddles (Germany), and accepted by director Britta Wandaogo. The short documentary made its New York premiere in the Festival’s “Girls’ POV” short film program.