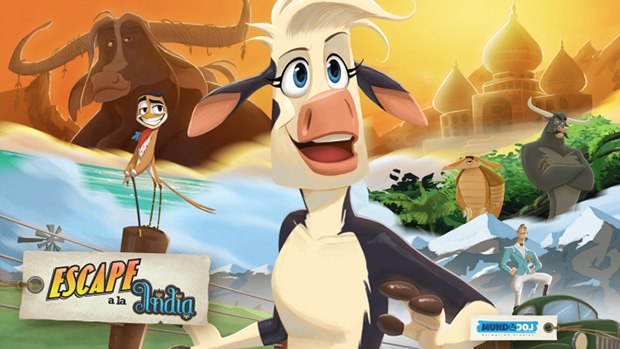 ‘Escape to India’ tells the tale of an Argentine cow who seeks to elude the slaughterhouse and head to India, where cows are sacred.

Argentine director Juan José Campanella is returning to toon turf for the feature Escape to India.

Campanella is teaming with filmmaker and songwriter Cris Morena and director-producer Gastón Gorali to make the feature, which is based on a children’s book by Gorali and Marcelo Birjmajer, according to Variety.

The studio is Mundoloco CGI, founded by Campanella, Gorali, Jorge Estrada and Roberto Schroder, creators of Campanella’s Underdogs, the biggest Latin American TV feature to date. The completed screenplay for the project will be presented at the Ventana Sur market’s Animation! showcase for Latin American projects, set for late November.

The musical comedy follows an Argentine cow named Azadi, who learns she is destined for the slaughterhouse and decides to travel to India, where cows are sacred.

Campanella’s credits also include the Oscar-nominated Son of the Bride, episodes of House, and the double Daytime Emmy-winning Lifestories: Families in Crisis.