CAMERIMAGE 2015 to Spotlight Pixar’s ‘Inside Out’ 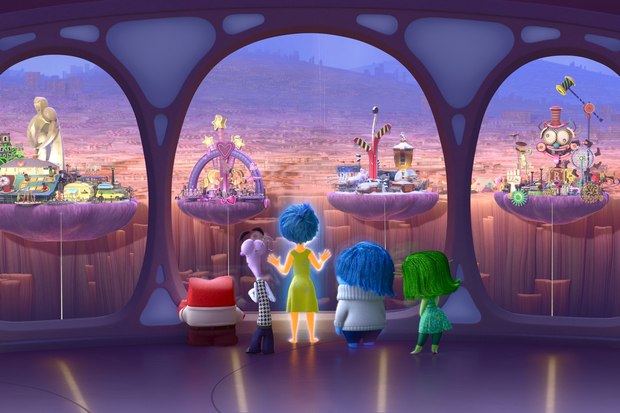 BYDGOSZCZ, POLAND -- The International Film Festival of the Art of Cinematography has announced that CAMERIMAGE 2015 will be hosting the makers of Pixar’s blockbuster hit Inside Out. The 23rd edition of CAMERIMAGE runs November 14-21 in Bydgoszcz, Poland.

“For many years now, computer animated movies have been considered one of the best and most exciting cinematic experiences, also in terms of the art of cinematography,” festival organizers wrote in a statement. “CAMERIMAGE fully acknowledges their visual beauty and technological artistry, and the work done by the filmmakers involved in their creation. Pixar's production is one of this year's most celebrated movies and the best possible example of the true beauty and infinite visual possibilities of the animated form.”

Key crew members behind the animated hit Inside Out, including camera and staging DP Patrick Lin, lighting DP Kim White, and camera and staging lead Adam Habib, will discuss how cinematography is practiced -- and why it matters -- in animated filmmaking. The team will share some of the challenges they faced in taking audiences inside the human mind, with work-in-progress examples and insights into the techniques and technology they used, including motion capture, visual structure planning, and lighting design.

CAMERIMAGE is the most recognized festival dedicated to the art of cinematography and is the biggest international film festival in Poland. The unconventional format of the Festival, which awards films according to their visual, aesthetic and technical values, is a unique alternative to traditional film festivals.

Various presentations of modern film equipment and of the latest production and postproduction technologies (both traditional and digital) are also an inherent aspect of the Festival and have been organized with cooperation from companies such as Arri, Panavision, Kodak, Hawk, K5600, J.L. Fisher, Sony, Panasonic, KinoFlo, Technicolor, Canon, Zeiss and Red.