Applications for projects seeking to take part in the pitching phase or the script exchange will be accepted until May 31. 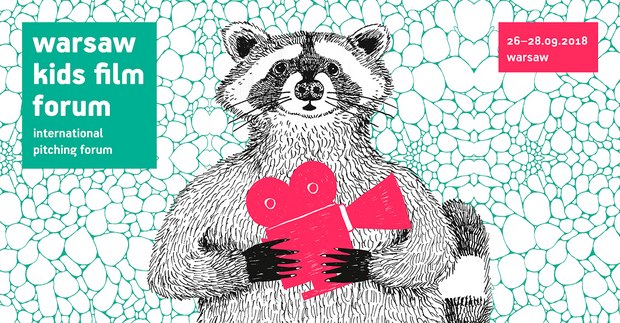 The second edition of the Warsaw Kids Film Forum, an international pitching forum for films and series for young viewers, will be held Sept. 26-28 during The Kids Film Festival.

Submission of projects that want to take part in the pitching (in the development or work-in-progress phase) or at the script exchange is open until May 31.

The Warsaw Kids Film Forum brings together representatives of the film industry from countries producing high-quality movies and series with filmmakers from countries where production is gaining momentum.

At the forum attendees can:

The three-day program of the Warsaw Kids Film Forum consists of a first day of conferences, the so-called Inspiration Day, used to present case studies for the most interesting co-productions for children – animation, live action or documentaries dedicated to a cross-media approach to telling stories, building a marketing campaign or analyzing the European production market for children.

The second and third days of the Forum are dedicated to pitching of 28 qualified projects (series and full-length films – live action, animated and documentary) and individual meetings of forum participants with representatives of the Polish and foreign film industry.

A novelty in this year's program will be the script exchange reuniting screenwriters and directors with producers, and the producers' meeting aimed at starting co-production.

More than 80 projects from 25 countries were submitted in 2017 and more than 200 participants in the Forum – including representatives of sales agents Sola Media, Global Screen, Canal + television, NRK, YLE, NDR and Netherland Film Funds, as well as the Polish Film Institute.

The registration form and a list of required attachments is available at www.warsawkidsff.pl.