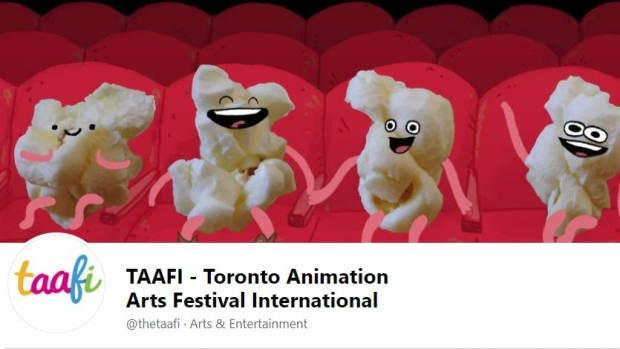 TORONTO -- The Toronto Animation Arts Festival International (TAAFI) has announced its call for submissions for the upcoming animation film festival, TAAFI 2021. The festival will run from February 19 - 21, 2021.

Submissions will be reviewed by a distinguished panel of animation industry professionals, and creators of the selected feature films and shorts will be invited to screen their film at the festival in the Ted Rogers Hot Docs Cinema.

“TAAFI remains dedicated to celebrating leading animated feature films and shorts from across the globe, making them accessible to everyone, while ensuring a safe and healthy space in response to COVID-19,” remarked TAAFI executive director, John Rooney. “Our team values the tight-knit community that TAAFI has fostered over the years, making a home to some of the industry’s veterans and emerging leaders, and we believe that this year’s festival will be one of our best yet.” Every year, TAAFI sponsors an award called the Golden Ticket at Seneca College and Sheridan College, giving two students the opportunity to bypass the submission process, automatically entering them into the festival based on their projects at their respective schools. This year's Golden Ticket recipients are:

Submissions are free and the deadline is November 15, 2020.

More information on rules, regulations, and the submission process are available here.