Creators are invited to participate in the latest contest to achieve their cinematic visions – artists get access to ‘The AMD Creator Cloud’ for high-performance project rendering; submissions are being accepted through November 15. 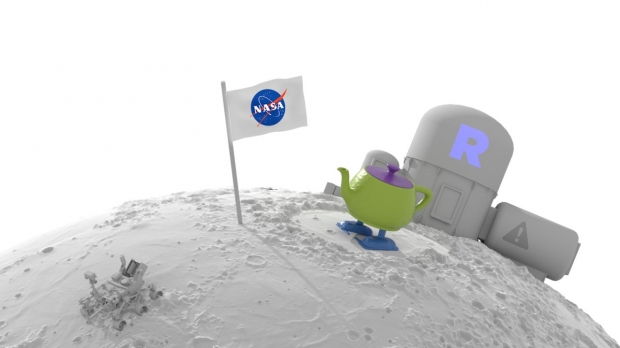 AMD has teamed up with Pixar Animation Studios on the latest RenderMan Challenge giving graphic designers, artists, and others worldwide a chance to create and achieve their cinematic visions with Pixar’s RenderMan. Submissions are now being accepted through Tuesday, November 15, 2022, at Midnight PST (Pacific Standard Time). Winners will be announced on Monday, November 28, 2022.

This year, challengers will receive access to “The AMD Creator Cloud,” a renderfarm powered by Azure HBv3 instances composed of high-performance AMD EPYC processors with AMD 3D V-Cache technology. Participants can now use these high-performance capabilities to render their designs.

“Together with technology collaborators like Pixar, we are empowering the next generation of creators to bring their vision to reality,” said James Knight, director, Media & Entertainment/Visual Effects, AMD. “Providing artists access to the ‘AMD Creator Cloud’ running Pixar’s RenderMan makes this competition accessible to many more people, allowing them to design and create incredibly fast, from anywhere inspiration strikes.”

"With every RenderMan Challenge, it's amazing to see how the entries become more sophisticated and complex every time,” said Dylan Sisson, RenderMan Digital Artist, Pixar. “With the advancements, we are seeing in hardware and software, this now allows individual artists to create images of ever-increasing sophistication and complexity. It is a great opportunity for challengers to unleash their creative vision with these state-of-the-art technologies."

AMD and Pixar also debuted a new film for the AMD “together we advance_” campaign, showcasing how Pixar, AMD, and NASA are coming together to make the Exploration-themed RenderMan Challenge more accessible and inspiring. Check it out: