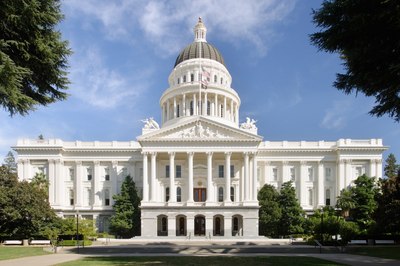 Legislation to expand and extend California's TV and film tax credit incentives passed its first test in the state Senate on Wednesday, according to a report by The Wrap, clearing the Governance and Finance Committee by a preliminary 4-0 vote.

That number could go up as additional panel members add their votes, but it's enough to send the bill, AB1839, on to the Senate Appropriations Committee. It cleared the state Assembly last month, leaving Senate passage and Governor Jerry Brown's approval as the final hurdles.

The bill would extend the program through 2022 and expand the eligibility to include movies with budgets over $75 million and network TV dramas. No dollar figure has been attached to the bill, but it's reportedly almost certain to be significantly higher than the current program, which is capped at $100 million annually. That's well below the credits offered by several states, such as New York, which makes more than $400 million available annually.

The legislation, introduced by Assemblymen Raul Bocanegra (D-Pacoima) and Mike Gatto (D-Los Angeles), sailed through the Assembly but is expected to have a tougher time in the Senate.

Opposition is expected from some Northern California legislators, who believe that the bill will disproportionately benefit Southern California. To address that concern, the bill has been amended to include an extra five percent credit for projects that shoot outside the L.A. area and include musicians and post-production, too.