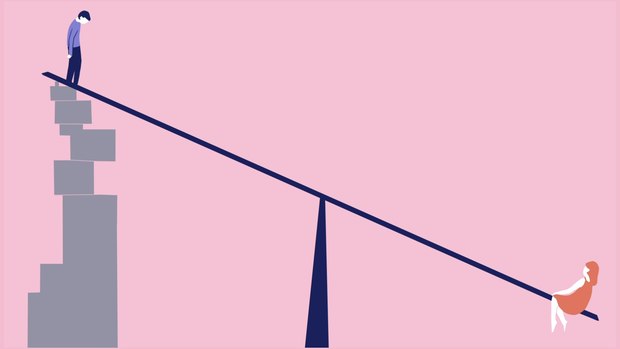 Attitudinal changes towards gender equality have been identified as the key drivers of progress for societies around the world. The report of the United Nations Secretary-General’s High-Level Panel on Women’s Economic Empowerment, released in March 2017, identified “Breaking stereotypes: Tackling adverse social norms and promoting positive role models” as the first of seven drivers of change to increase women’s economic participation world-wide.

Universally acknowledged as the world’s top school for animation, CalArts is uniquely positioned to ally with UN Women’s HeForShe movement. As a form of entertainment popular with a wide global audience, animation crosses cultures and borders. Using the medium’s power to communicate and move an audience in powerful ways, the films created by CalArts students, working with Experimental Animation Program faculty Pia Borg and Character Animation Program faculty Soyeon Kim, are intended to galvanize momentum towards gender equality in local communities around the world.

“We’ve set these students a tough challenge, but the results are important both for their own aspirations, and also for the potential their films have to directly build gender equality and shape culture change,” said Phumzile Mlambo-Ngcuka, Under-Secretary-General and Executive Director, UN Women. “The inequalities and power imbalances that we are dealing with are complex, pervasive and deeply rooted. It can be a struggle to capture that complexity in words. These incredibly talented students wield the power to go right to the heart of it with their imagery, and shake us beyond our everyday perceptions. I know what we are going to see in these short films is going to be extraordinary and far reaching in its impact.”

“For nearly half a century, CalArts has stood at the forefront of educating artists to create work that positively influences the world,” said California Institute of Arts president Ravi Rajan. “Our partnership with HeForShe reflects the innovative spirit envisioned by our founder, Walt Disney, and these student-created films exemplify CalArts’s desire to foster positive cultural change. We are proud to join with UN Women to promote gender equality and their efforts to help change the world.”

Launched by UN Women Global Goodwill Ambassador Emma Watson on September 20th, 2014, HeForShe has become one of the most important social movements in the world today, mobilizing men and boys as advocates for gender equality. Since its launch, HeForShe has mobilized millions of supporters from every single corner of the world, generating more than 2 billion conversations online and offline.

Successive generations of CalArts animators have profoundly impacted the field. Many of CalArts’s first-gen animators became the directors who transformed the industry -- creating Pixar and leading the creative resurgence known as the Disney Renaissance. Although there were only two women in CalArts first class of animators in 1975, the Experimental and Character Animation Programs are now more than 70 percent female. These demographic changes contribute to a spirit of transformation that informs the films being created for the HeForShe movement.

The student animations will premiere at the annual HeForShe Summit on September 26th 2018 in conjunction with the United Nations General Assembly in New York City.