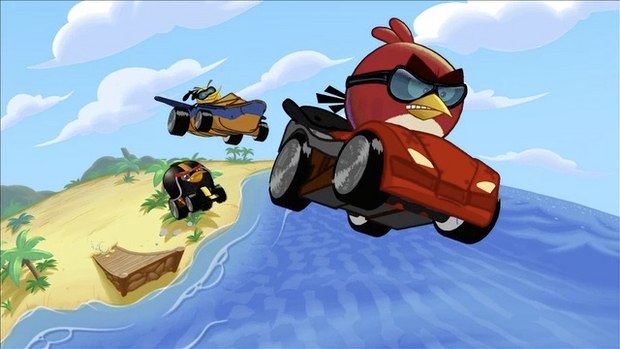 CHICAGO, IL – Arr, matey! The latest iteration of Rovio’s Angry Birds franchise is the epic Pirate Pig Attack board game, which combines the familiar, fast-crashing birds seen on millions of mobile phones with Hasbro’s beloved block-stacking classic game Jenga – all of which is on full display in the new animated 30-second ad created by Calabash Animation via agency UPROAR!, New York.

“One of the challenges posed to us by the Agency was to maintain a unified look between the game and the various brands that were involved,” Sean Henry, Calabash Animation’s Executive Producer, says. “For us, it was fun to take the look of the game and the Angry Birds characters a step further and think about them in a more cinematic way.”

The cinematic look of the spot combines traditional design with 2D and 3D digital animation techniques, with much of the design being inspired by the Angry Birds mobile game and by Rovio’s own “Angry Birds Toons.”

“UPROAR! gave us a lot of creative freedom,” Wayne Brejcha, Creative Director, Calabash Animation says. “We needed to capture the Birds' 2D animated look, but we also needed to take advantage of our full range of digital animation tools. Using ToonBoom’s Harmony software we were able to get that analog, hand-drawn feel, while still having all of the benefits of other CG programs we use.”

Set to a rocked up sea chantey, “Pirate Pig Attack” begins with a shot of the Jenga pirate pig ship with a crew of green pigs floating in the harbor when it suddenly comes under attack from a gang of Angry Birds, driving souped up go-carts, and leaping off ramps aimed straight at the ship.

“We were after a hand-drawn, whimsical feel inspired by the game,” Brejcha notes. “It was a fun challenge to go into the Angry Birds’ world and bring it to life in a way that you can’t through a mobile app. There was a certain amount of aesthetics that needed to be fleshed out, while also making sure we didn’t depart too much from the look of the game.”

Henry adds, “Whether we are working in 2D or 3D, the same principals of character and story development are at work. The key is to know the limitations of each medium and how to push past them, and to maximize the benefits offered by the technology. That takes experience and ingenuity to figure out.”