CAKE announces a raft of newly signed deals, as well as brand-new seasons of some of the biggest titles in Eastern Europe. 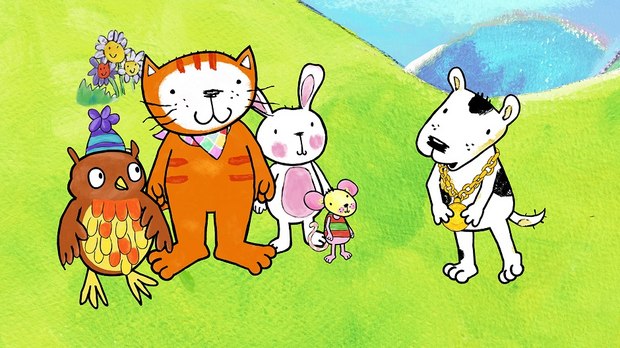 As CAKE prepares to attend NATPE in Prague this year the company has announced a wealth of new signed deals, as well as news on brand-new seasons of some of our biggest titles in Eastern Europe.

The third and final season of live action The Sparticle Mystery will be coming at the end of 2014, marking the finishing chapter of an exciting and comedic series aimed at 6 - 12 years. Already showing the previous seasons are Czech Televise - Czech Republic, TV3 - Lithuania and Megamax - ex-Yugoslavia. Poppy Cat and her animals friends return for a second season of adventures in magical and faraway places. Already this has been picked up by MiniMini in Poland and will air in Autumn 2014. The pre-school animation has been very well received in Poland, with a DVD of the first season released last year.

MiniMini Poland has also taken on board Space Racers, the educational animated story of Stardust Space Academy, which has received a very warm welcome in the region and has so far been acquired by ETV - Estonia, Pixel TV - Ukraine, Tiji - Russia, Minimax - ex-Yugoslavia and LTV1 - Latvia.

CCO & Managing Director, CAKE, Edward Galton “It is great to see such popular shows growing and expanding their reach. We are very excited by our continued collaboration with broadcasters in the Eastern European region, and look forward to bringing many more impressive titles, such as Space Racers, to NATPE.”