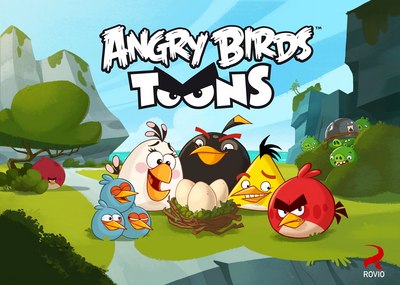 LONDON -- Kids entertainment distributor CAKE has announced a distribution deal with Rovio Entertainment Ltd. to represent their animated series based on the popular Angry Birds brand.

Under the agreement, CAKE will represent the entire catalogue of shorts consisting of Angry Birds Toons, and its two spin offs Angry Birds Stella and Piggy Tales, a series starring the birds’ nemesis, Bad Piggies.

Angry Birds Toons had its debut in 2013, following Rovio’s success in mobile gaming, publishing and licensing. The series have successfully aired on TV channels in over 50 countries, and on Rovio’s own direct-to-consumer video channel ToonsTV, available inside all Angry Birds apps and on selected partner platforms. Since its launch, ToonsTV has amassed over 5 billion views, and continues to entertain and delight Angry Birds fans of all ages.

Brand-new episodes of Angry Birds Toons and Angry Birds Stella are currently in production and will be first released in September.

“Rovio Animations operates purely in the world of creation and has an ever expanding slate of projects in development,” said Steve Pegram, Head of Rovio Animations Studios. “Partnering with distributors like CAKE, one of the world’s leading kids and family entertainment distributors, enables us to give the Angry Birds fans the opportunity of seeing that content world-wide.”

“Angry Birds is a globally recognized brand and we are hugely excited and proud to be a part of that,” said Ed Galton, COO and Managing Director at CAKE. “We are looking forward to catapulting these iconic characters to television audiences around the world.”