Commissioned by Disney EMEA and Australia’s Channel 9, comedy series is set to debut in 2018. 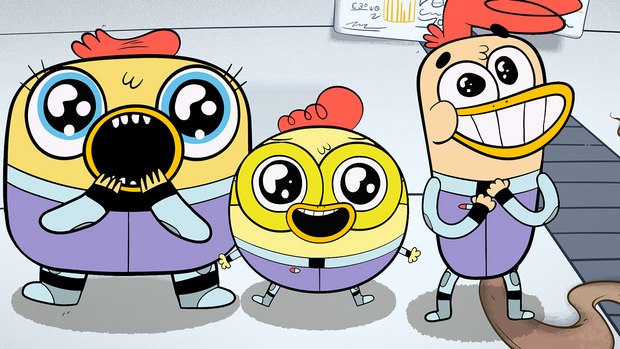 Production has begun on the comedy series 'Space Chicken in Space,' set to debut this year.

Space Chickens In Space is a 2D co-production between Ánima (Legend Quest); Studio Moshi, (Rocket Dog) and newly formed Dublin-based Gingerbread Animation. Disney EMEA has acquired the first season of 52 x 11’ episodes, including 11 two-minute shorts, from CAKE, which is handling all international distribution outside of Latin America, which is being handled by Ánima; and Australia, where Studio Moshi has inked deals with Channel 9 and Disney Australia.

Aimed at 6-11 year olds, Space Chickens in Space tells the story of a trio of chickens, Finley, Chuck and Starley, who are mistakenly taken from their homes and enrolled in an elite intergalactic former military academy. The three chicken siblings will need all their wits and each other to survive in an extraordinary world full of aliens and tricky homework challenges.