A blend of 2D and live action, the series works to reflect real-life experiences of children with autism. 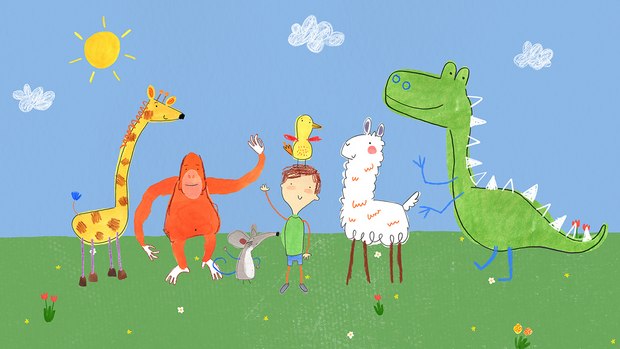 CAKE will present the series ‘Pablo,’ about a young boy with autism, at MIPCOM.

LONDON -- Leading kids’ entertainment specialist CAKE, has announced the launch at MIPCOM of its pioneering preschool animated series Pablo, the first ever children’s series to feature an autistic central character.

Produced by Paper Owl Films, this 52 x 11 minute series features a smart and artistic little boy Pablo, whose imaginative drawings come to life, enabling him to face the Real World with confidence. Pablo is 5½ and on the autism spectrum. Using his magic crayons, Pablo bravely turns his life challenges into fantastic adventures and his feelings into colorful characters with a voice. With the help of his Art World friends -- Llama, Noa, Mouse, Draff, Tang and Wren -- Pablo is better able to make sense of his 5½-year-old world.

Pablo is a celebration of individuality and of thinking differently. Each story reflects the real-life experiences of children with autism, and has been devised, co-written and voiced by young autistic talent.

A 2D animated series with a blend of live action, Pablo is set to premiere Oct. 2 on CBeebies and RTÉJr. A second season was commissioned last November, a year ahead of delivery -- a CBeebies first. Six games and a slate of short films accompany the series. As executive producer, CAKE handles all international distribution.

“Pablo is a unique show celebrating creativity and individuality. Beautifully animated and sensitively produced, we are extremely proud to be part of this exciting project.”

“Pablo is an authentic exploration of what everyday life is like for a little boy with autism. It is also an optimistic depiction, a celebration of difference and, we hope, a springboard for a more positive and empathetic conversation about autism. We are delighted to be working with CAKE to maximize distribution of the series across the world, ensuring Pablo’s unique voice is heard by the widest possible audience.”

Pablo was produced by Paper Owl Films for CBeebies and RTÉJr., in association with Kavaleer Productions and Ingenious with funding from Northern Ireland Screen and BAI.