Creator of such hit Nick shows as ‘Fairly OddParents,’ ‘Danny Phantom,’ ‘T.U.F.F. Puppy’ and ‘Bunsen is a Beast’ will head service that caters to family programming of all types. 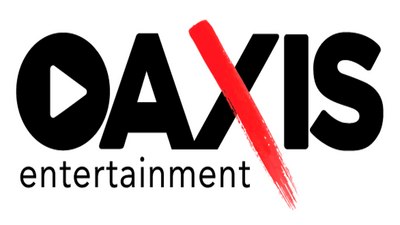 With the help of the community and Kickstarter, he plans to raise more than $250,000 in 30 days to kick-off the project. Funds raised will go towards the development of the subscription-based platform, hiring creative producers and staff to generate original content, and acquiring material that aligns with Oaxis’ family-focused mission.

Programming on Oaxis will include everything from animated series, drama, comedy, feature films, sports, fitness, reality, news, video games and everything viewers expect from a premiere entertainment service.

Additionally, Oaxis Entertainment will have a user-based upload feature that will allow users to upload their own family-focused content for others to enjoy. All user-submitted content will go through the “Oaxis filter,” ensuring that it is suitable for viewers of all ages before it becomes live on the platform. Hartman is known for spearheading some of Nickelodeon’s most successful animated series, including Danny Phantom, T.U.F.F. Puppy, Bunsen is a Beast and The Fairly OddParents, which is currently Nickelodeon’s third longest-running animated series behind SpongeBob SquarePants and Dora the Explorer.

In 2015 Hartman founded his own online kid’s destination called The Noog Network, an interactive app featuring cartoons, live-action shows and games for kids. Since his departure from Nickelodeon in 2018, Hartman’s YouTube presence has been growing. His channel “Speech Bubble” has more than 48,000 subscribers and his other channel, “Butch Hartman,” has more than 745,000 subscribers and is steadily growing.

His passion project is Hartman House, a nonprofit foundation established by Hartman and his wife Julieann in 2005. Through Hartman House, the Hartmans hope to help underprivileged children all around the world. Since its formation, Hartman House has helped support numerous global child-based charities, including Watersprings Ranch, a shelter for abused and neglected children in Texarkana, Ark. It has also spearheaded aid projects in orphanages in Uganda, Africa, Haiti, funded school scholarships for inner city children, and sponsored a complete home renovation for a needy family in Los Angeles.