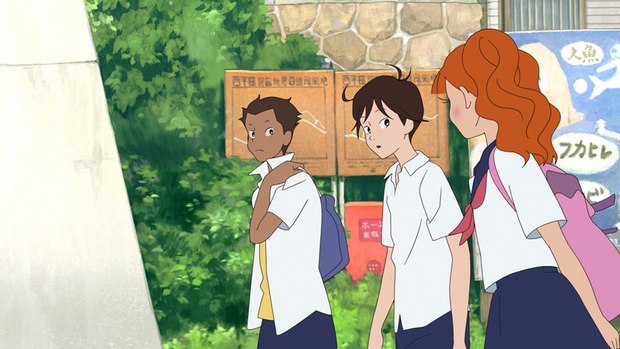 Masaaki Yuasa’s ‘Lu Over the Wall’ wins Cristal Award for a feature film at Annecy 2017.

The 2017 Annecy International Animated Film Festival handed out awards at a closing night ceremony held Saturday night at the Annecy Town Hall. Among the 216 films selected for the official competition, 17 projects received awards, including Sweden’s Min Börda (The Burden), directed by Niki Lindroth Von Bahr, which was given the Cristal for a Short Film, and Japanese director Masaaki Yuasa’s Lu Over the Wall, which received the Cristal for a Feature Film.

Swiss animator Georges Schwizgebel was given the Honorary Cristal Award to commemorate his prolific career.

“For the fifth year in a row, the Annecy Festival awarded the Honorary Cristal to a leading figure in the animation world. This year, it’s not only an exceptional filmmaker that we’ve crowned, but a friend as well. The Swiss director Georges Schwizgebel has had his films in competition at the Annecy Festival fourteen times. Georges has been a member of the jury at the Festival twice and two of his shorts, The Ride to the Abyss and 78 Turns, are included in the list of the 100 best animation films that we published in 2006,” festival artistic director Marcel Jean commented.

“Georges Schwizgebel is an animation guru, an artisan of precision and an artist who has inspired many young animators. His style can be described as baroque and swirling, characterized by a confident brushstroke and a resolutely postmodern approach with his relationship to history and art.” Jean added.

Schwizgebel’s most recent short film, Erlking, was screened as his son Louis Schwizgebel-Wang played the piano.

Jury Award
Moby “Are You Lost in the World Like Me?”
Steve Cutts
STEVE CUTTS (USA, UNITED KINGDOM)