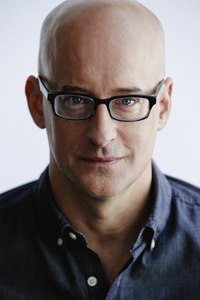 Production company Bullitt has expanded its roster with the addition of directors Peyton Reed and Loni Peristere. Reed and Peristere are leading storytellers who align with Bullitt’s leadership in the development of experiences for brands, from commercial campaigns to VR. The filmmaker collective is known for talent at the intersection of entertainment and advertising.

“Peyton and Loni are both known for pushing creative boundaries for the sake of epic entertainment and the enhancement of brands,” says Bullitt Director/Co-Founder Joe Russo. “We’re really proud to have them as filmmakers working with Bullitt.”

“They are both deeply experienced in short and long format entertainment, and are conversant in how technology pushes art and vice versa,” agrees Anthony Russo, Bullitt Director/Co-Founder. “We are excited to support them in telling bold and engaging stories.” Peristere is an award-winning director who has helmed numerous campaigns for top brands such as PlayStation, Audi, Jeep, ESPN, Budweiser, Adidas and Mini Cooper, which have earned a London International Film Festival Award, a Golden Pencil, a BDA, and several Clios. Loni directed the series finale for Robert Kirkman’s new series Outcast; he is Co-Executive Producer and Director on the hit Cinemax series Banshee, and a director for the award-winning FX series American Horror Story. He is the Co-Founder of acclaimed visual effects company Zoic Studios.

Bullitt is a filmmakers’ collective and creative studio, founded by creators for creators. With the conviction that storytelling is the most powerful form of messaging, their work utilizes whatever technology is necessary to target a market -- or create one -- and break down the barriers that stand between an advertiser and their desired audience.