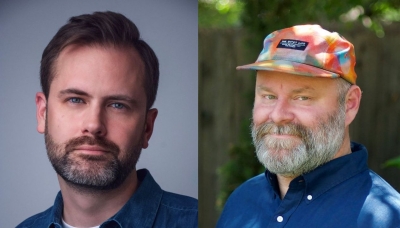 BUCK animation studio has announced the expansion of its Original Animation Department with Mike Rauch coming on board as head of Original Animation and Mike Bertino named director, content & story. Both will work closely with the animation studio’s head of content development, Jay Brooker. Cassie Asta has also joined the company as animation development coordinator, further bolstering the growing creative team.

“Finding the right fit for the original animation offering wasn’t easy; we needed personnel who are highly adaptable and who understand the full spectrum of possibilities that BUCK represents,” commented Brooker. “What we’ve found in this newly assembled group is a perfect blend of experience, artistry, and business-savvy. Everyone is a thoughtful team player with a global outlook and great taste - a perfect fit for BUCK and we couldn’t be more excited to have them with us!”

Co-creator of Peabody Award-winning StoryCorps’ animated shorts, Rauch signs onto his new role at the award-winning studio following a five-year stint as a series executive for Cartoon Network on The Powerpuff Girls, Apple & Onion, and Victor and Valentino. He also recently consulted on the development and production of Cartoon Network Latin America’s new lucha libre series Rey Mysterio vs. The Darkness. Before that, Rauch formed and ran Rauch Bros Animation for nine years with clients including Nickelodeon, Warner Bros. Animation, Sesame Workshop, and the Olympic Channel. Asta joins BUCK’s team as animation development coordinator following her tenure at Cartoon Network serving on the current series team on Victor & Valentino and The Fungies! for HBO Max and at Warner Bros on the crew of HBO Max’s Green Eggs & Ham. She also leads a mentorship circle for Women in Animation providing counsel and community for newcomers to the animation industry.

An American cartoonist, animator, and writer, Bertino joined Buck in 2021 having worked in multiple facets of the animation industry including as an artist and director in kids and adult TV animation. As a voice actor, he worked on shows on Netflix, HBO MAX, WB, FOX, Disney XD, Nickelodeon, and Cartoon Network.

“BUCK is home not just to some of the best creative talent on the globe, but also some of the world’s greatest collaborators,” added Rauch. “That potent mix of artistic excellence and true partnership is propelling us as we bring BUCK’s unique creative voice to TV and film.”

“BUCK is hands-down the most exciting independent studio in the world right now—a totally awesome playground for storytellers and creators looking to break the mold. It's such a collaborative group, and I'm pumped to jump in with such a highly talented team,” added Bertino.

Rauch, Bertino, and Asta are all based in BUCK’s Los Angeles studio office.