Bryce Dallas Howard Voices Yaddle in ‘Tales of the Jedi’

The seasoned ‘Star Wars’ franchise director and veteran actor recently revealed she lent her voice to the pointy-eared Jedi of Yoda and Grogu ilk in the animated anthology series out now on Disney+. 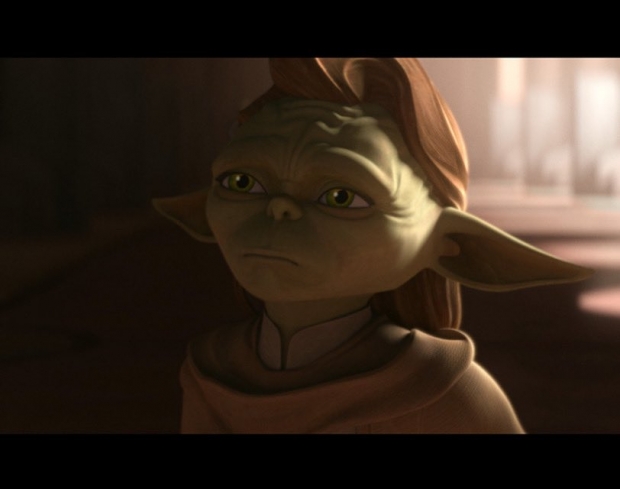 First Grogu, and now… Yaddle? The newly released animated anthology series Tales of the Jedi from Dave Filoni features Yaddle, voiced by Bryce Dallas Howard (Jurassic World). The small pointy-eared alien first appeared in Star Wars: The Phantom Menace and is the only female of Yoda’s unnamed alien species that audiences have seen. Howard took to Twitter to announce the exciting news.

Meet Yaddle in #TalesOfTheJedi — voiced by me *squeal* — streaming this Wednesday, October 26 only on @DisneyPlus. Thank you @dave_filoni for making this dream come true #StarWars @TheCloneWars pic.twitter.com/oYERidKuhV

No stranger to Star Wars and Baby Yoda, Howard directed two episodes of The Mandalorian and one episode of The Book of Boba Fett. It must run in the family, because her father Ron Howard directed Solo: A Star Wars Story, where the young actress met and garnered invaluable advice from George Lucas himself on set.

Tales of the Jedi consists of six episodes featuring characters from the prequel trilogy films. Ahsoka Tano and Count Dooku are put to the test as they make choices that will define their destinies. Liam Neeson reprises his role as Qui-Gon Jinn, this time in voice only, as does Ashley Eckstein, the original voice of Ahsoka in the Clone Wars series.

Stream Tales of the Jedi now on Disney+.